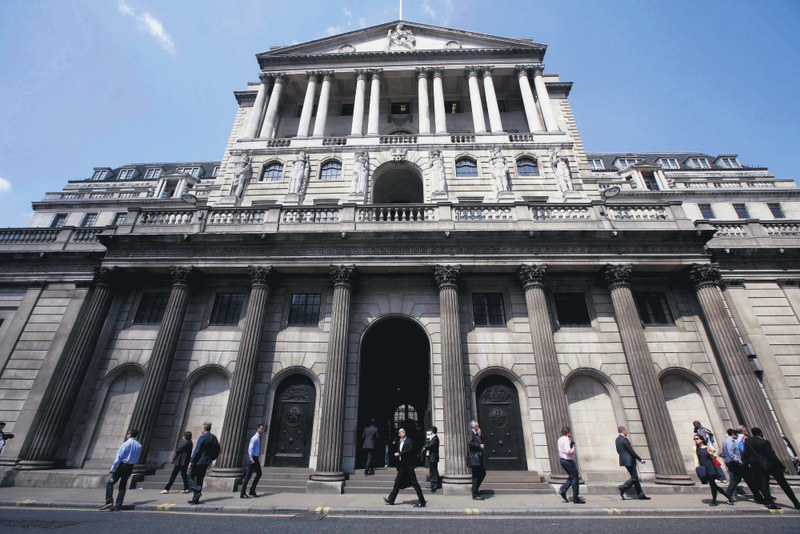 by Jan 01, 2016 12:00 am
A public review of Britain's banking culture has been scrapped just months after it was announced, with the UK regulator saying on Thursday it had opted instead to work with lenders individually to address any concerns.

The move will likely add to the public perception that the Financial Conduct Authority (FCA) is softening its approach after several years of "banker bashing" following the 2007-2009 financial crisis.

It follows the departure of Martin Wheatley, considered a regulatory hardliner, as the FCA's chief executive in July, and a dilution of impending rules to hold senior bankers to account for regulatory breaches.

However, public antipathy to the industry remains high as banks globally fight to improve their reputation after market-rigging scandals, including in currency rates and interest rate benchmarks, which have led to multi-million pound fines for the likes of Barclays and HSBC.

After announcing plans for a thematic review in March, the FCA had undertaken initial work on the project, before deciding that publishing the report was not the most effective way to handle the issue, a source familiar with the matter said.

Instead, it had fed back the findings to the banks concerned and would work with lenders individually to address any issues around corporate culture, the source added, confirming a report in the Financial Times.

The FCA said in a statement that a focus on culture in financial services is still one of its priorities. "There is currently extensive ongoing work in this area

within firms and externally. We have decided that the best way to support these efforts is to engage individually with firms to encourage their delivery of cultural change," it said.

Mark Garnier, a member of the ruling Conservative party who sits on the Treasury Select Committee, a group of lawmakers which scrutinises economic and financial policymaking and whose recommendations often require a government response, told BBC Radio he was disappointed by the decision.

"I think probably we are missing an opportunity to be able to look at what is best practice and what is worst practice of course across all banks," Garnier said.

Fellow Committee member and opposition Labour party politician John Mann was even more critical, saying on Twitter the move was a "surrender to big banks". "(The) whole point of scuppered FCA culture enquiry was to look at the ethics and morality at the top of banking – or rather its absence," he said.