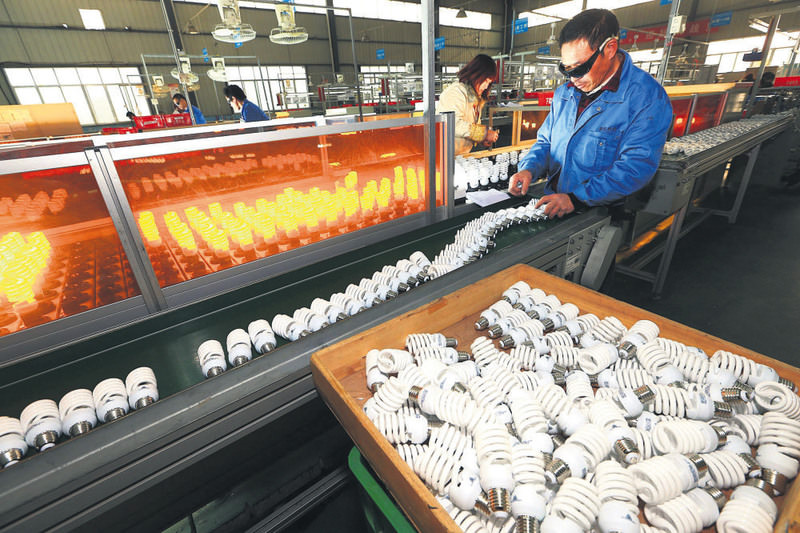 by Jan 11, 2016 12:00 am
The European Union will take the first step on Wednesday toward refashioning its trade ties with Beijing, torn over how to lower its defenses to avert Chinese retaliation while protecting key industries against a damaging flood of cheap imports. Commissioners from the bloc's 28 members will debate for the first time the politically sensitive issue of granting China "market economy status" from December, which Beijing says is its right 15 years after it joined the World Trade Organization. The coveted status would make it much harder for Europe to impose anti-dumping duties on Chinese goods sold at knock-down prices, changing the criteria for determining a fair price. A study by a group of 25 European manufacturing federations estimates the European Union could lose up to 3.5 million jobs if it removes its trade defenses against China.

The bloc's final decision, taken together with EU governments and the European Parliament, will set it on a collision course either with Beijing or with its own manufacturers and with Washington, which sees no obligation to treat China's heavily state-shaped economy as a market economy. "My opinion is that China is not a market economy. But it is a major trade player and we have to take that into account," said one senior EU official. The Commission must take the initiative and all signs point to it accepting China as a market economy while seeking to keep trade defense measures for a transition period, which could appeal to sectors such as steel, chemicals or textile makers. This could take the form of maintaining existing duties until their natural expiry - typically five years – and potentially raising duties imposed for illegal subsidies.

Chinese officials have said they could show flexibility in allowing a transition period for particular European industries. A 2013 deal to end an EU investigation into Chinese dumping of solar panels showed Beijing and Brussels can find agreement.