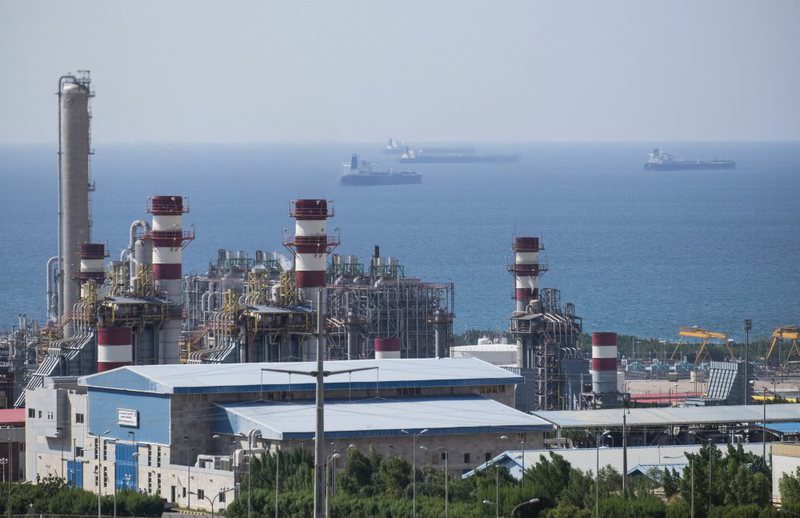 ‘We need to fulfill the arbitration requirements, either through supplying more natural gas or in cash. Rest assured, we will pay it back,' said Iranian Deputy Foreign Minister Ibrahim Rahimpur

Stating that Iran accepted the decision of the International Court of Arbitration concerning the disagreement between Ankara and Tehran over high prices for natural gas, Deputy Foreign Minister Rahimpur spoke with Anadolu Agency during his visit to Ankara, during which he held negotiations regarding regional and bilateral matters.

Highlighting that Iran sees natural gas differently from Turkey, Rahimpur said: "The two sides somehow could not agree on this problem, which later devolved to the International Court of Arbitration. We accept the decision in favor of Turkey. The court told us, 'We made this decision, now come together and compromise.' Now the process is in progress." He added: "Iran's Oil Minister Bijen Namdar Zengene is very likely to come to Turkey as well. Therefore, the problem will be solved soon. I was told that the experts are currently discussing the matter. The valve of the pipe through which we export oil from Iran is still open. We sell natural gas and get paid for it. We accept the decision of the court. We need to fulfill the arbitration requirements, either through supplying more natural gas or in cash. Rest assured, we will pay it back." Rahimpur added that a group of experts are currently negotiating.

Evaluating Iran's energy strategy following the removal of Western sanctions, Rahimpur said: "During the new process, Iran's exports of both natural gas and oil will increase, with no priority besides supply and demand. We will respond according to the needs of the market."

Rahimpur recalled that Iran has many projects to attract foreign investment, saying: "We have many projects, including transportation, railways, oil refineries, hotel and factory constructions, solar and wind power. We firstly need to complete 2,000 incomplete projects. Iran's market is attractive for everyone. For example, Turkey and Iran may start a project regarding construction of 1,000 hotels. Then we give them the project." Turkey currently imports about 10 billion cubic meters of gas per year from Iran, the country's second-highest supplier after Russia, under a 25-year deal that was signed in 1996.

In 2012, stating that the price charged by Iran was too high, Turkey approached the International Court of Arbitration, demanding that the price be lowered by 25 percent. Iran agreed to the discount only if the amount of gas imported was raised, which Ankara rejected. The issue was therefore taken to the court. The court came to a decision that settled the price at a discount of 10-15 percent in Turkey's favor.
RELATED TOPICS