Foreign investment in Borsa Istanbul totals $5B in 5 years 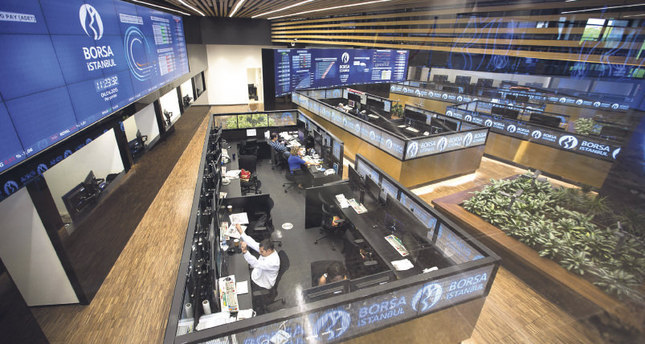 According to Ata Invest's 2016 investment report, $5 billion has been invested in Borsa Istanbul in the past five years by foreign investors.

Indicating that the correlation between foreign capital investment and the stock exchange's performance was very high, the report also emphasized that while the public covered 72 percent of the firms in Borsa Istanbul in 2007, this number decreased to 62 percent in 2015.

The report says that the biggest amount of cash flow following the 2008 economic crisis was in 2015, recording that Borsa Istanbul's performance has always been affected negatively in years when cash outflow from foreign investors occurred. When a net $2.5 billion sale was managed by foreign investors in 2015, the BIST 100 index fell 16. 3 percent on an annual basis.

The report says that in spite of the cash outflow in 2015, foreign investors put their trust in the Turkish capital market in the long term, as the report indicates that a "$5 billion net cash inflow into Borsa Istanbul was detected between 2010 and 2015. This year's additional positive development is the increasing share positions of Individual Pension Funds. At the end of 2015, the total share position of Individual Pension Funds and investment funds reached $8.6 billion. The increase in the shares of institutional domestic investors in the long term makes Borsa Istanbul more safeguarded against global fluctuations."