Death by overworking on rise among Japan's vulnerable workers 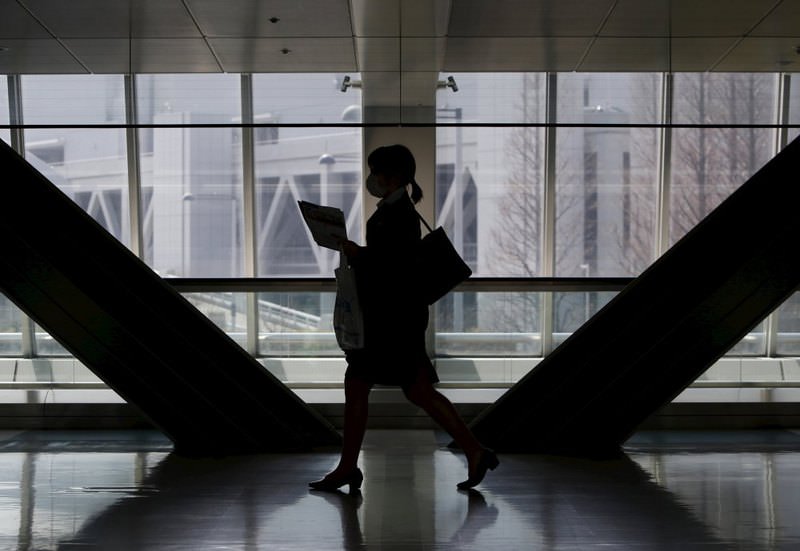 Among a 45-percent increase in work-related suicides in four years, Japanese experts urge the government to do more to reduce working hours. But, it does not seem to be easy since even a cardiovascular death is likely to be considered ‘karoshi' if an employee worked 100 hours of overtime in the month beforehand

Japan is witnessing a record number of compensation claims related to death from overwork, or "karoshi", a phenomenon previously associated with the long-suffering "salary man" that is increasingly afflicting young and female employees.

Labor demand, with 1.28 jobs per applicant, is the highest since 1991, which should help Prime Minister Shinzo Abe draw more people into the workforce to counter the effect of a shrinking population, but lax enforcement of labor laws means some businesses are simply squeezing more out of employees, sometimes with tragic consequences. Claims for compensation for karoshi rose to a record high of 1,456 in the year to end-March 2015, according to labor ministry data, with cases concentrated in healthcare, social services, shipping and construction, which are all facing chronic worker shortages.

Hiroshi Kawahito, secretary general of the National Defense Counsel for Victims of karoshi, said the real number was probably 10 times higher, as the government is reluctant to recognise such incidents. "The government hosts a lot of symposiums and makes posters about the problem, but this is propaganda," he said. "The real problem is reducing working hours, and the government is not doing enough." The labor ministry did not respond to requests for comment.

Kawahito, a lawyer who has been dealing with karoshi since the 1980s, said 95 percent of his cases used to be middle-aged men in white-collar jobs, but now about 20 percent are women.

Japan has no legal limits on working hours, but the labor ministry recognises two types of karoshi: death from cardiovascular illness linked to overwork, and suicide following work-related mental stress. A cardiovascular death is likely to be considered karoshi if an employee worked 100 hours of overtime in the month beforehand, or 80 hours of overtime in two or more consecutive months in the previous six.

A suicide could qualify if it follows an individual's working 160 hours or more of overtime in one month or more than 100 hours of overtime for three consecutive months. Work-related suicides are up 45 percent in the past four years among those 29 and younger, and up 39 percent among women, labor ministry data show.

The problem has become more acute as Japan's workforce has divided into two distinct categories - regular employees, and those on temporary or non-standard contracts, frequently women and younger people. In 2015 non-regular employees made up 38 percent of the workforce, up from 20 percent in 1990, and 68 percent of them were women.

Refusing overtime pay and break time are illegal, and the applicant could refuse the job, but activists say companies tell them they will be given regular contracts after six months or so. They say young applicants often accept due to lack of experience, while women trying to re-enter the workforce after childbirth often feel it would be difficult to get a foothold elsewhere.

Emiko Teranishi, head of the Families Dealing with Karoshi support group, said she hears lots of complaints about hiring tactics, with some companies telling new hires that their salary includes 80 hours of overtime, and they must reimburse the company if they work less. "Some people don't even make minimum wage under this system," said Teranishi, whose own husband committed suicide after working long hours. Such abuses have become so common in the past 10 years that such companies have been dubbed "black" companies in the media.

Hirokazu Ouchi, a professor at Chukyo University, wrote a book last year about such companies when he realised some of his students were being treated illegally at their part-time jobs. Ouchi said their hiring practices typically follow a similar

pattern. "Companies will hire someone for two to three years, but they have no intention of investing the time or the money to nurture that employee," said Ouchi. He added that the labor ministry lacked the manpower to follow up on complaints.

A ministry official working in corporate surveillance acknowledged that his department was somewhat short-staffed but the government was taking steps to recruit more every year. He declined to give his name as he is not authorised to speak to the media.

Japan's working-age population has been falling since the mid-1990s, which would normally lead companies to improve working conditions to attract workers, but Ouchi said it was not happening because they can get away with bending the rules. "This is a way for companies to keep labor costs down, but it is also a path that leads to death by overwork," he said.