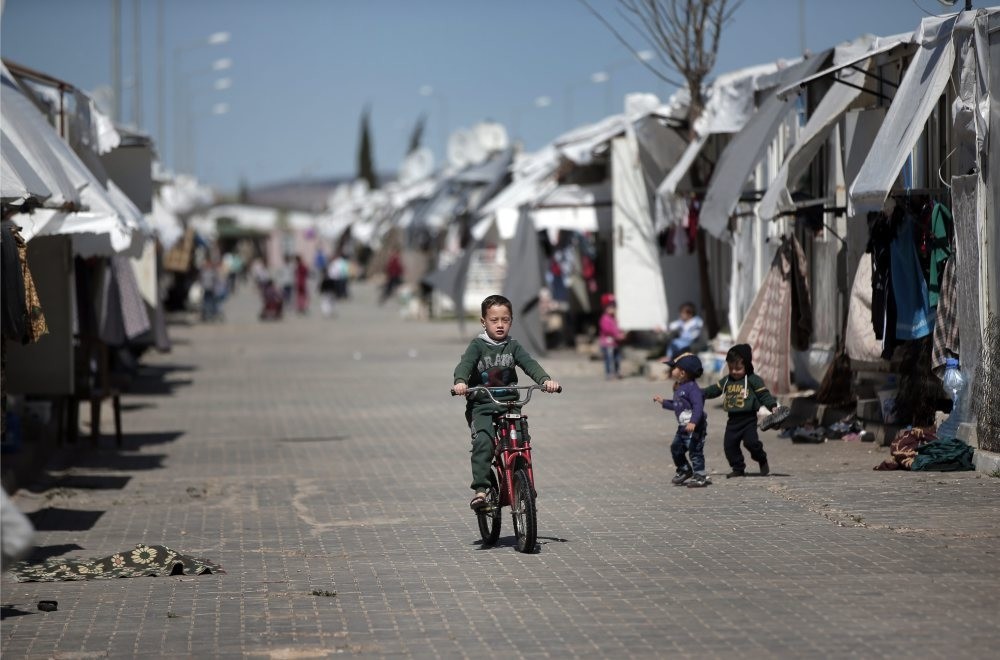 The first United Nations World Humanitarian Summit will be held on today and tomorrow in Turkey. During the summit, global humanitarian aid policies will be decided, and it will be opened by President Recep Tayyip Erdoğan with the presence of 23 presidents, 23 prime ministers and over 50 deputies, all expected to participate in the summit.

Turkey has spent $9.5 billion to help Syrian refugees and provide them with new opportunities. The international community has only contributed $420 million to support refugees in Turkey. In other words, while the world has given only TL 1 ($0.34) to the Syrian refugees in Turkey, Turkey has given TL 20 ($6.71). Taking into consideration the resources of Turkey's non-governmental organizations and local authorities, Turkey has spent nearly $20 billion on Syrian refugees. Since Turkey shelters about 3 million refugees, is the world's third biggest humanitarian donor and the world's most generous donor in terms of the ratio of aid to GDP, Turkey was chosen to host the U.N. World Humanitarian Summit. Turkey will host a historic first World Humanitarian Summit on May 23-24, 2016.

The most generous country

According to the 2014 Global Humanitarian Aid report, Turkey provides the largest amount of aid in terms of its ratio to GDP, and it has been the world's third-biggest humanitarian donor over the past three years. Executing a human-oriented policy, Turkey globally gives a hand to people in need, while it has also opened borders to host more than 3 million refugees.

Running to the help of victims of internal conflicts, earthquakes, floods, typhoons and the Ebola virus in dozens of countries on five continents, Turkey is now a country that helps rather than needs help.

Sheltering the largest number of refugees around the world, Turkey has offered a new life to Syrian refugees running away from war, in coordination with the Prime Ministry's Disaster and Emergency Management Authority (AFAD). While health services are offered to Syrian refugees free of charge, Syrian children were included in the Turkish education system in order to prevent the emergence of a lost generation.

Best public service, according to UN

All the physical, social and psychological requirements that a city requires have been provided at 26 shelters established by AFAD for Syrian refugees. Creating a new standard in the temporary shelter services provided during natural disasters and emergencies, Turkey's Sheltering Center Management System (AFKEN) was given the Best Public Service Award by the United Nations in 2015. At AFAD shelters, beyond the basic needs such as shelter and health, democratic elections are held, along with occupational training and awareness campaigns regarding issues such as child marriage.

First world humanitarian summit to be held in Turkey

Turkey's highest point in humanitarian help has resulted in Istanbul being named the host city for the 2016 World Humanitarian Summit organized by United Nations. During the summit, the world's next humanitarian aid strategies and policies will be decided, and among the subjects to be discussed are international burden-sharing for the Syrian crisis, the establishment of a sustainable international aid system, the assimilation of Turkey's open-door policy by all other countries and raising awareness regarding refugees.

The whole world is watching

Hosted in collaboration with U.N. Secretary-General Ban Ki-Moon, the summit will for the first time unite world leaders with the parts of the world affected by the crisis. They will discuss urgent issues regarding the future of the global system, with representatives of non-governmental organizations, the private sector and other institutions. Turkey will share their experiences and model implementations with the international community during the summit. The 2016 World Humanitarian Summit will be held at the level of important global meetings, like the 1993 World Human Rights Conference, and it will be a historical step towards addressing the common concerns and objectives of the international community.
RELATED TOPICS