EU Bank pledges to 'do more' for refugees 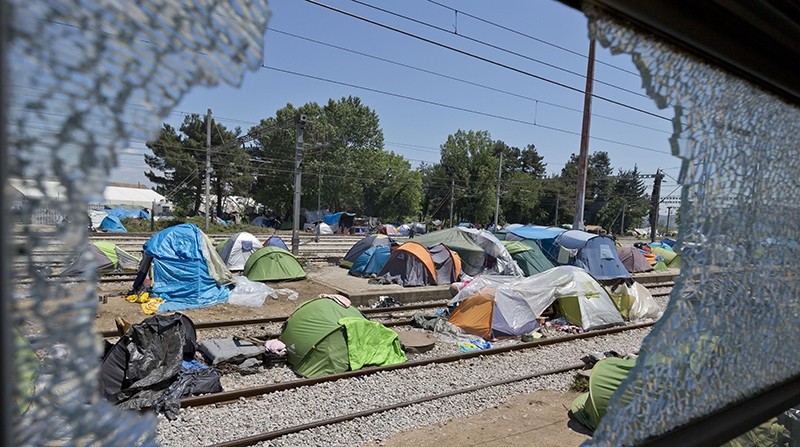 Seen through a broken train window, tents are erected on the railroad linking Greece and Macedonia, at the migrants camp in Idomeni, Greece, Monday, May 23, 2016 (AP Photo)
by Anadolu Agency May 24, 2016 12:00 am

The European Investment Bank (EIB) - the EU bank - said it was ready to do more for the refugee crisis that has engulfed the Middle East, Turkey and the Western Balkans.

"We hope that we would be able to expand our activities, which presently stand at a 17-billion-euro ($19 billion) plan for the next five years," Werner Hoyer, the president of the Bank, told Anadolu Agency in an exclusive interview during the first-ever World Humanitarian Summit in Istanbul.

The summit comes as the Syrian civil war enters its sixth year, as Europe is facing the worst refugee crisis since World War II, and as global social inequality has reached a peak amid a rising population.

The conflict has now driven close to 5 million people to seek sanctuary in neighboring states.

Werner Hoyer said that the EIB currently had a total signed exposure in the Middle East and North Africa, Turkey and the Western Balkans at around 40 billion euros ($44.8 billion).

Likewise, in Turkey, the EIB approved the financing of a new hospital in the southeastern Gaziantep province, close to the country's border with Syria.

"We will go to the European Council in June with a proposal from our bank where we will outline what we could do to expand financing resources if necessary conditions are met," Hoyer said.

During the World Humanitarian Summit, attended by 125 of the UN's 193 member states, at least 50 heads of government will announce several commitments to reduce humanitarian disasters and build economic resilience.

Commenting on the summit, the EU Bank's President Hoyer said it was "very good sign" that UN agencies and multilateral development banks worked together for long-term goals.

"That's the message from Istanbul: we are on the right track," Hoyer stressed.

He added that while goodwill was present, implementation was going to be key.