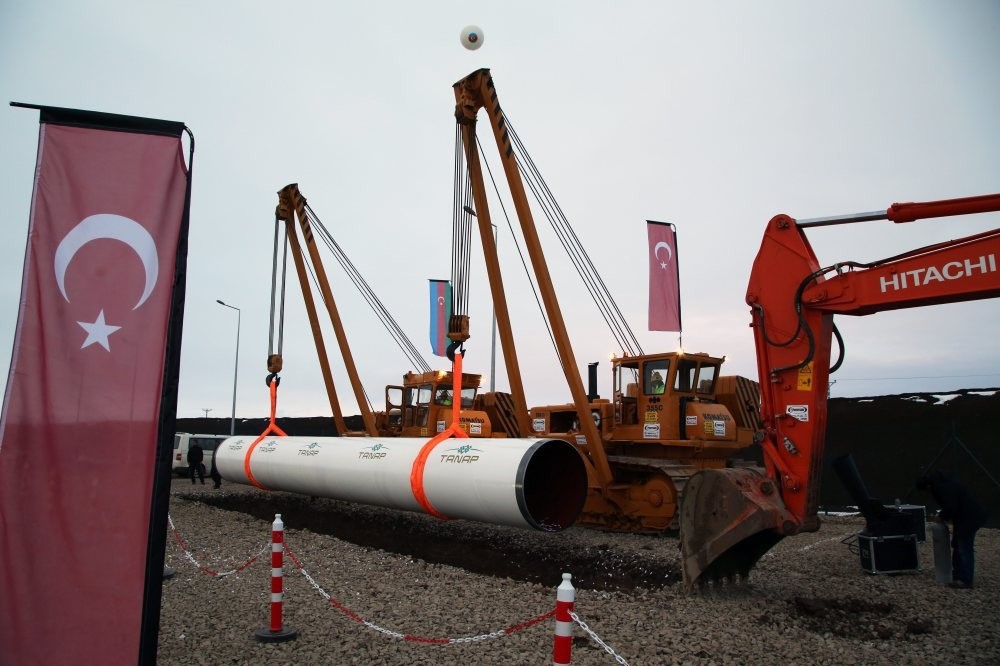 by Anadolu Agency Jul 29, 2016 12:00 am
Malaysian energy company SapuraKencana has been awarded the engineering contract for the construction and procurement of the subsea section of the Trans Anatolian Pipeline project (TANAP), according to an announcement late on Wednesday. TANAP said SapuraKencana successfully won the tender bid, beating five other companies who applied.

SapuraKencana announced that it secured a contract from TANAP valued at approximately $125.9 million. TANAP's total pipeline in Turkey will run a total length of 1,850 kilometers, and the subsea section will run 17.6 kilometers through the Dardanelles Strait. SapuraKencana expects that the project will employ more than 15,000 staff.

TANAP is planned to be operational in 2018, with an initial capacity of 16 billion cubic meters (bcm) of Azerbaijani gas from the Shah Deniz fields to flow through Georgia to Turkey. While 6 bcm are designated for domestic gas consumption in Turkey, the remainder is destined for transfer to Greece, Albania, Italy and further into Europe. The total capacity for TANAP is planned to increase to 23 bcm by 2023, and to 31 bcm by 2026. Azerbaijani energy giant Socar holds a 58 percent share interest in TANAP, while Turkey's BOTAŞ has a 30 percent share and BP owns a 12 percent stake.
RELATED TOPICS