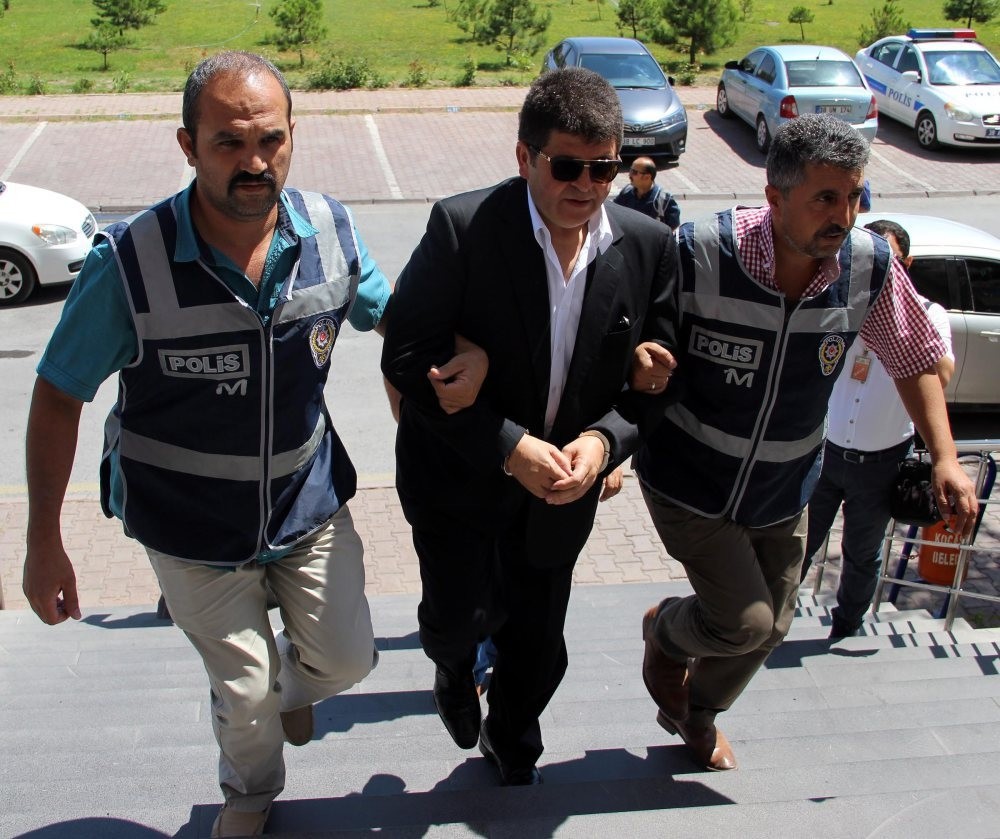 by Hazal Ateş Aug 01, 2016 12:00 am
The crackdown on the Gülenist Terror Organization's (FETÖ) financial affiliates continues after the organization's attempted coup of July 15, with many FETÖ-linked barons being detained and companies being seized. A consortium of finance, internal affairs and justice ministries is blocking the accounts of more than 4,000 FETÖ-affiliated companies and confiscating their properties including their safe deposit boxes on the grounds that they financed terrorism. Furthermore, intense "global financial diplomacy" has been initiated to freeze the overseas assets of companies in more than 100 countries because they played a direct part in the attempted coup by transferring money to the organization. The number of businessmen who directly transferred money to FETÖ through companies has exceeded 200.

As nation-wide operations to break FETÖ's network of companies are simultaneously ongoing, investigations are being launched on businessmen who have ties to the organization. In light of new intelligence data, financial disclosures by the Internal Affairs Ministry reveal the transfer of money by these companies to FETÖ. Various steps will be taken to completely undermine the financial pillar of FETÖ, which is claimed to be worth nearly $150 billion.

The Finance Ministry's Presidency of Tax Inspection Board has taken the inventory of properties and bank accounts of companies that have supported FETÖ. The board is working in cooperation with the local police, health, national education and credit and dormitories authorities.

Investigations are being carried out not as part of a financial audit but in terms of "laundering crime revenues." The owners of companies that directly support FETÖ will be tried on charges of "aiding and abetting terrorism."

Movable properties that were leased by these companies are being transferred to public institutions lacking them. Moreover, all accounts, including safe deposit boxes, in banks and other financial institutions are being blocked. Foreign exchange assets and checks in company treasuries are being turned into cash and deposited into bank accounts. Their receivables will be collected accordingly.

Properties such as land, parcels and houses that were transferred to other individuals after the Dec. 17 and Dec. 25 operations will be confiscated by the Turkish state.

The General Directorate of the National Estate is seizing all real estate properties owned by FETÖ-linked companies along with the lands that were allocated to Gülenists by local municipalities and other institutions.

Operations focus on hidden financial transactions that did not go through the banking system and which included cash, couriers' checks and bonds.

The reciprocity law with the U.S. and EU, which freezes the overseas assets of FETÖ-affiliated companies, has been passed.

Some of the companies that transferred money to the organization and leased goods for use by members of FETÖ will be closed and others will be handed over to trustees.

FETÖ's global connections established through shell companies are also being brought to light. Most of these companies have maintained relations with the organization since the Dec. 17 and Dec. 25 operations while changing the structure of their partnerships by cooperating with foreign partners. The financial maps of these countries are being drawn to disclose their shady partnership structures.

The number of Gülenist businessmen who played a part in transferring money to foreign foundations, associations and organization units has reached 200.

A special team has been formed to monitor the organization's money transfers. The team has begun investigating allegations that money transfers were conducted through a number of shady companies. Previously, prosecutorial files revealed that FETÖ had an oppressive presence in the business world and imposed fines on companies through the agency of their representatives in some public institutions.
Last Update: Aug 01, 2016 1:59 am
RELATED TOPICS