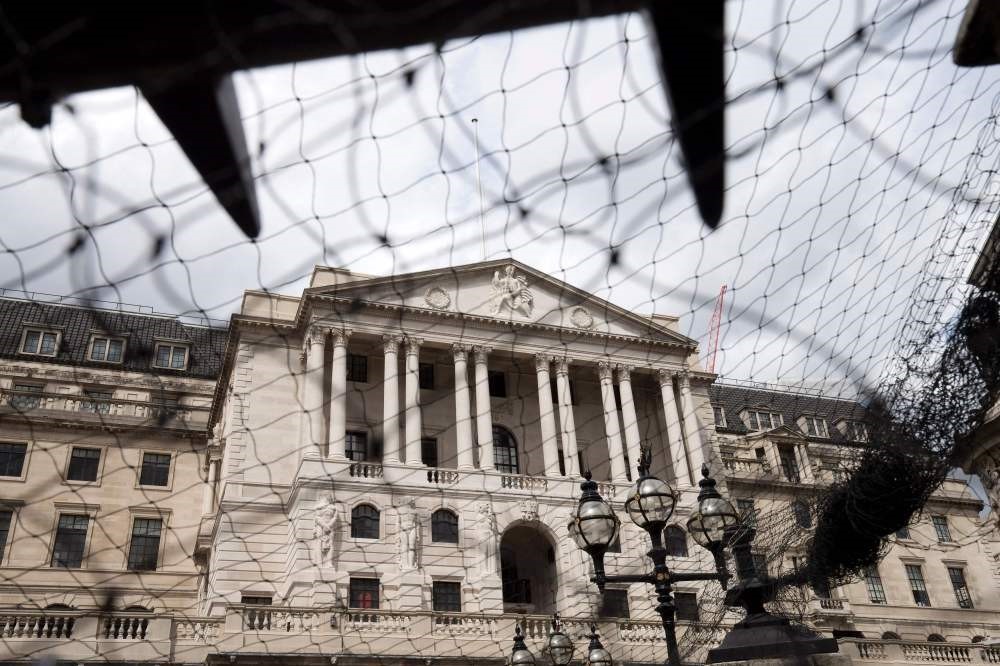 The Bank of England is expected to slash interest rates to a record-low 0.25 percent this week and could pump more stimulus into the economy as it battles the fallout from Britain's vote to leave the EU, economists say.
by Daily Sabah with AA Aug 04, 2016 12:00 am

The Bank of England is expected to lower its policy rate by a historic 0.25 base points to protect the economy from recession, due to fears stemming from the uncertainties of Britain's decision vote to leave the EU

Following Britain's vote in the referendum in June to leave the EU (better known as Brexit), the Bank of England (BoE) is expected today to make a decision to discount policy interest rates, while Monetary Policy Committee reports announced last week pointed to August for an interest rate discount. Maintaining a record-breaking low level since March 2009, the policy interest rate is expected to drop by 0.25 basis points. Some economists say the BoE should wait for possible negative data, rather than being hasty and rapidly consuming interest rate tools.

Kristen Forbes, a member of the BoE's Monetary Policy Committee, stressed in her article published in The Telegraph, that the bank should stay calm and move on. Stating that a weak pound and the capital buffer decreased by the bank provided enough support for the markets, Forbes said: "We can wait for the usage of these tools for a better understanding of the possible effects of the referendum or any incentive."

'Interest rate discount may increase trust in the short term'

A majority of economists think that the BoE should adopt a proactive attitude rather the cautious stance that Forbes suggested. Having previously worked at the BoE, Bank of America Merrill Lynch economist Robert Wood said: "If you drift towards the falls, it is good to start rowing without thinking about the end." Wood thinks that the BoE should take the measures necessary to revive the British economy and protect it from recession.  Simon Wells, chief economist at Britain's biggest bank, HSBC, told the Sunday Times: "A majority of economists think that the BoE's ammunition to fight the economic recession has decreased. An interest rate discount may increase trust in the short term, but it will not bring a big change in the economic outlook."

Some financial experts think the BoE can expand its asset purchase program in addition to discounting policy interest rates. Scotiabank Economist Alan Clarke said: "Brexit is the biggest economic shock of the recent period. I expect BoE President Mark Carney to increase the asset purchase program up to 50 billion pounds ($66.66 billion) in addition to an interest rate increase." JP Morgan Economist Alan Monks stressed that the BoE would almost certainly relax its monetary policy, but the shape and dimension were unknown. In a survey of 49 economists carried out by Reuters, 46 economists foresaw the BoE as dropping its policy interest rate by 0.25 basis points.

Recession's footsteps are on the horizon

BoE President Mark Carney warned prior to the EU referendum on June 23 that a decision for Brexit would cause recession. A manufacturing Purchasing Managers' Index (PMI) announcement supports Carney's prediction. Britain's manufacturing PMI hit 48.2 percent, staying below the expected 49.1 level. In June, the month of the referendum, the manufacturing PMI was at 52.4 percent. A survey carried out by the market analysis firm Markit, conducted with the participation of 600 companies in Britain from July 12-26, is highly important as an indication of how the British economy has geared down following the referendum. Barclays, one of Britain's prominent banks, said in an assessment: "Manufacturing PMI data reflect our prediction that British economy will enter recession. We expect a 0.4 percent and 0.3 percent recession in the British economy during the third and last quarter of 2016, respectively." The British economy caught an unexpected growth rate of 0.6 percent during the second quarter of the year. Latest data indicate slowing down and even recession following the referendum. The BoE is expected to harshly drop its economic growth projections today. In a May inflation report, the BoE announced that the British economy might grow by 2.3 percent this year.
RELATED TOPICS