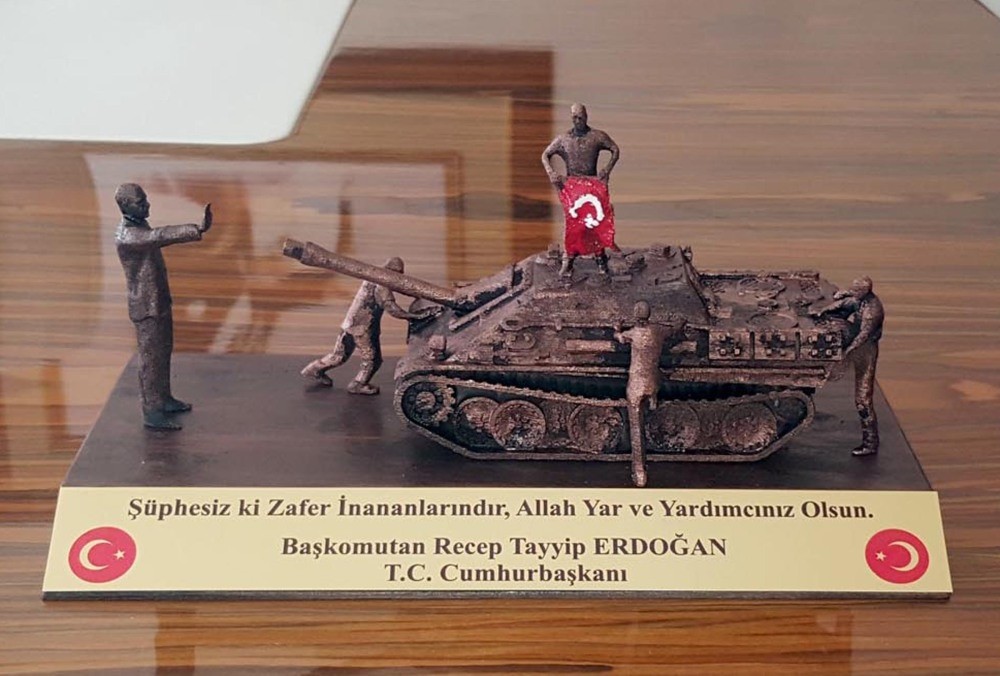 by Aug 05, 2016 12:00 am
As pro-democracy rallies against the July 15 attempted coup continue around the country, some circles have taken action to draw attention to the "democracy watches" and make a profit from the situation. One of these enterprises is "The trinket of the July 15 Day of Democracy," which was put on sale on the Internet recently.

The trinket is described as a "trophy from the day of the attempted coup" and features individuals who resisted tanks on the night of July 15 with the caption: "Verily, victory belongs to believers. May God be your beloved and helper. Commander-in-Chief President Recep Tayyip Erdoğan, the president of the Republic of Turkey." Initially, the trinket cost TL 119 ($40), however, it was reduced to TL 79 as part of a sales campaign.

An online shopping platform had the following statements regarding the product's features: "The trinket of the July 15 Day of Democracy. The most important day in Turkish democratic history. With the call from Commander-in-Chief and President Recep Tayyip Erdoğan, the Turkish nation eliminated the traitors' mischievous plans and went down in world democratic history. You will proudly showcase the 220x120x120 trinkets at your office, home and anywhere you want. You will pay just TL 79."
Last Update: Aug 05, 2016 1:29 am
RELATED TOPICS