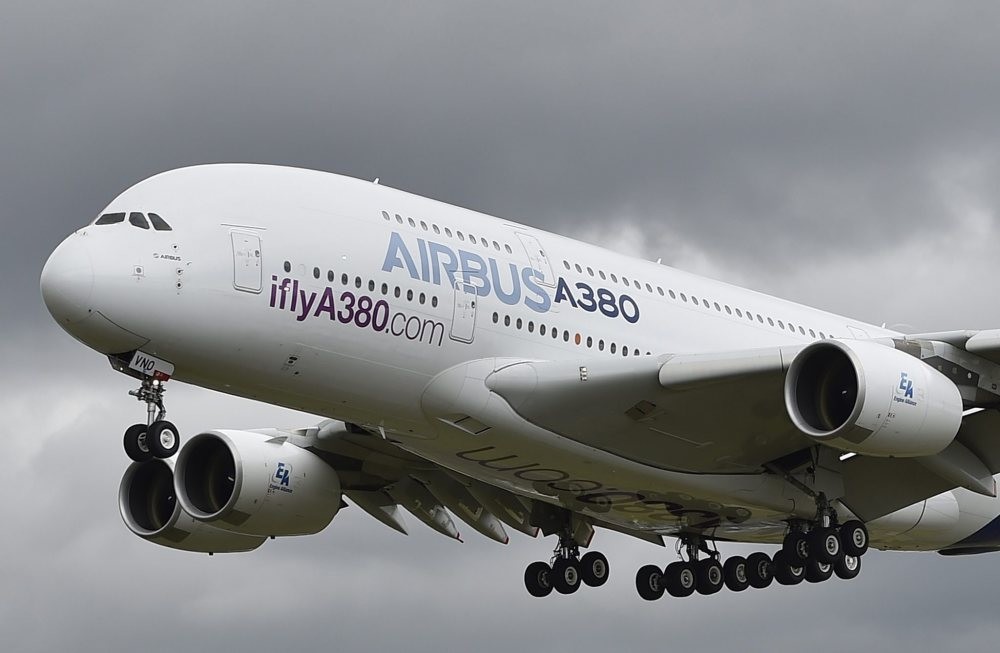 by Aug 09, 2016 12:00 am
Britain's Serious Fraud Office said on Sunday it had opened a criminal probe into Airbus Group, investigating allegations of fraud, bribery and corruption.

"These allegations relate to irregularities concerning third party consultants," the SFO said in a statement. The authority said it opened the investigation in July and asked anyone with relevant information to come forward. A spokesperson for the SFO said additional details of the probe would not be made public until charges were brought or the investigation is dropped. European planemaker Airbus said it was aware of the probe and the aviation firm was working with investigators. The company was informed on Friday that the authority had launched an investigation, an Airbus spokesman told AFP.

Airbus informed authorities of the irregularities in April. The same month the U.K. Export Finance decided to suspend export credits to the firm, a move followed by France and Germany. The aviation firm said at the time it hoped to resolve the financing problem as soon as possible. The current SFO investigation is expected to take years. The probe was described by the Financial Times newspaper as a "severe blow to the European aircraft maker," which would be exploited by its U.S. rival Boeing. Airbus is the largest commercial aerospace company in Britain and last month said its net profit rose 15 percent in the first half of the year. Profits were up 1.76 billion euros, but the gain was due to exceptional items that masked a slide in operating earnings. The company was hit by charges of just over 1 billion euros related to its troubled A400M military cargo transporter program, while adverse currency movements and charges on its widebody A350 aircraft totaled nearly 900 million. However these were compensated for by the sale of shares in Dassault Aviation and the creation of a rocket launcher joint venture with Safran that generated a net gain of nearly 1.9 billion euros. Ahead of British voters' decision in June to leave the EU, Airbus said it would reconsider future investment in the country if the referendum took the U.K. out of Europe.

"Airbus Group's success in the U.K. is predicated on a highly competitive, integrated European business model," executives said in a letter sent to employees in April.
RELATED TOPICS