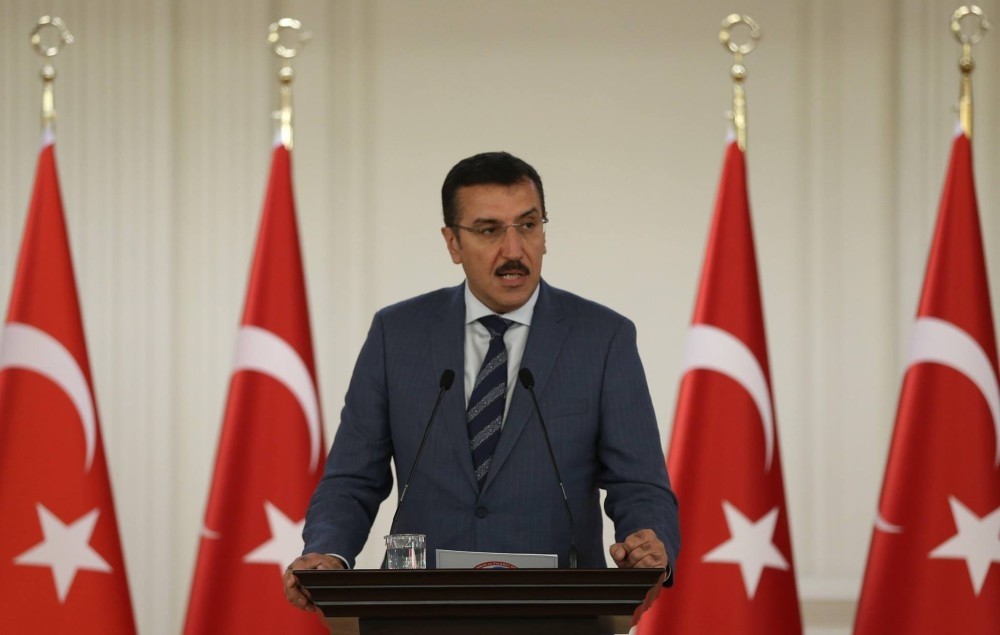 by Daily Sabah Aug 09, 2016 12:00 am
Customs and Trade Minister Bülent Tüfenkci said that the government has detected the firms that have ties with the Fethullah Gülen Terror Organization (FETÖ), adding that they have found that 250 companies have links to FETÖ.

Speaking to a group of journalists in Malatya, Tüfenkci added that since the government has the right names in hand, those firms that have kept away from FETÖ have nothing to worry about. A military junta loyal to FETÖ attempted the failed coup on July 15.

Tüfenkci reiterated there is a difference between those firms which have direct relations with FETÖ, and those who used to have links, or have tenuous links with, the terrorist organization. He said that some people have claimed the number of FETÖ-linked firms is as high as 10,000, adding that this is merely speculation. He said some firms had previously cut ties with FETÖ, and some people and firms are not benevolent, since they are willing to cause the bankruptcy of some rival companies, despite these firms having nothing to do with FETÖ. Tüfenkci said that the government will deal with the process in a way which avoids harm to the economy, targeting only those with direct links to the terrorist organization.
RELATED TOPICS