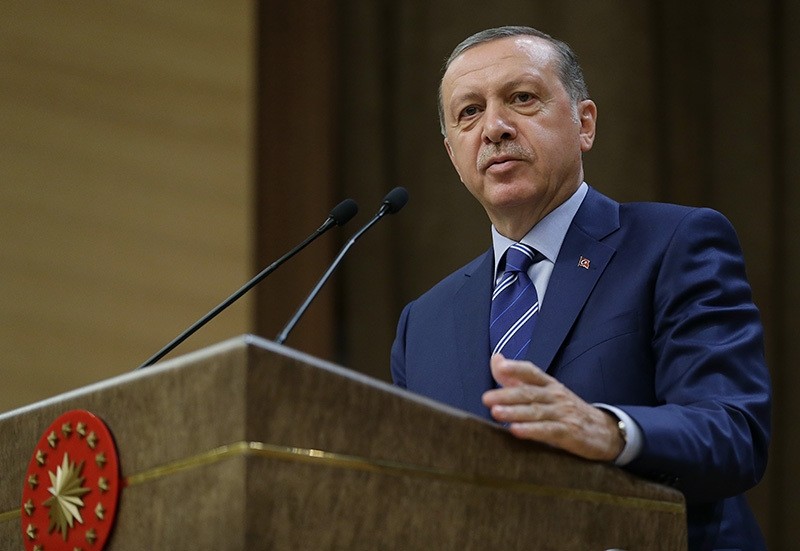 Speaking to members of the Turkish Exporters Assembly (TİM) at the Presidential Palace in Ankara on Wednesday, President Recep Tayyip Erdoğan said that official figures show exports are performing at least as well as last year, defying the expectations regarding the damaging effects of the failed coup attempt on July 15 to the Turkish economy.

Erdoğan said that Turkey exported goods worth $2.1 billion in the week preceding July 15. However, despite expectations, exports surged to $2.4 billion in the week of July 18-24, followed by exports worth $2.7 billion in the following week. Erdoğan emphasized that this shows the determination of the Turkish exporters to work harder, selling and promoting Turkish goods abroad. In addition, given that exports exceeded $80.5 billion in the first seven months of this year, Erdoğan said he expects exports to perform at least as well as they did the previous year, adding that the government has been taking every measure to support exporters through increased funds and incentives as well as bringing a considerable number of businessmen to high-level meetings concerning business cooperation.

Erdoğan also showed his appreciation for work conducted by Turkish businessmen seeking new markets, adding that he has already started observing the fruitful results of their search and he encouraged them to find further markets be able to sell more Turkish goods in.

In addition, Erdoğan underlined the determination of the government to achieve Turkey's 2023 vision goals, as part of Turkey's 100th birthday, including an export volume of $500 billion.

Furthermore, to eliminate another obstacle for the more efficient functioning of the financial sector, Erdoğan said that the government will make another move to facilitate funding for the overall economy.

Erdoğan also addressed an issue regarding banks that abuse contracts, calling back debt payments before their maturity date, taking advantage of the sensitive environment in the post-coup period. He condemned the banks in question, calling on them to act for the benefit of the citizens and the important actors in the economy.