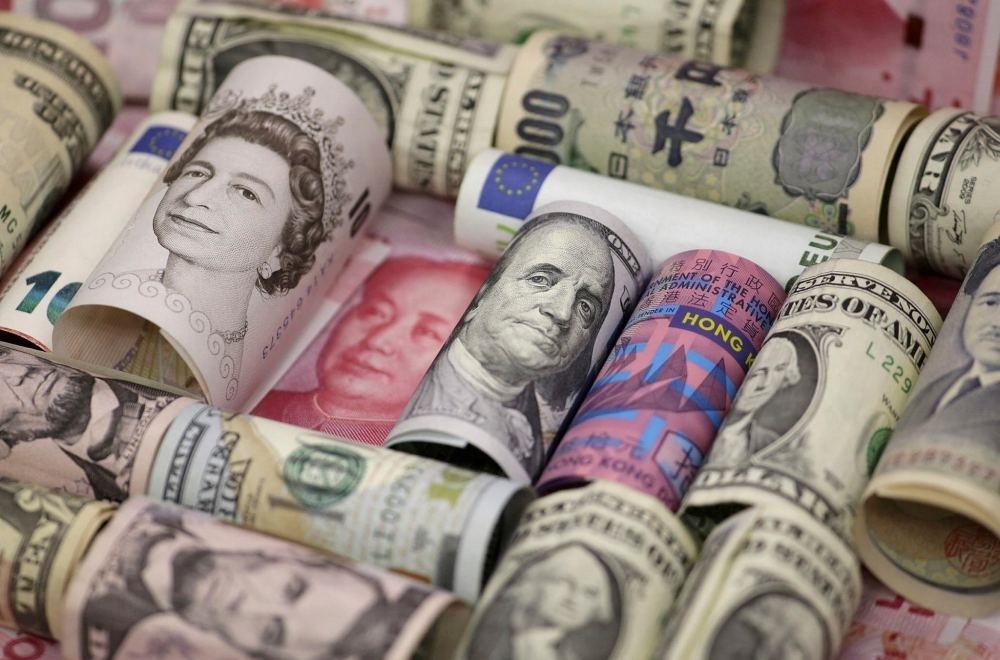 Interest rate futures contracts in financial markets, as well as the median probability given by economists, suggest the chances of a Fed interest hike are low and that December is the most likely time

The glue binding a still-aggressive global monetary policy response to a struggling world economy and almost daily record highs for world stock markets along with record low bond yields is set to remain intact in the coming week. The one thing that could unstick it, apart from divine intervention, would be a change in tune from the U.S. Federal Reserve, which is still toying with when to deliver a follow-up interest rate hike to last December's baby step-up from zero. Minutes to the Fed's July policy meeting due on Wednesday may come under more scrutiny than normal given the central bank really only has one opportunity left, at its meeting next month, to raise rates before the November presidential election. Fed officials have given differing and often conflicting signals throughout much of this year on when the next move will come, leaving few with any clear sense of how much of a risk there is of a September rate rise. Interest rate futures contracts in financial markets, as well as the median probability given by economists in a recent Reuters poll, suggest the chances are low and that if they go this year at all, December is more likely.

"Our guess is that the market-implied odds of a 2016 rate hike will trend up over the remainder of the month, with both the FOMC minutes on August 17 and Chair (Janet) Yellen's Jackson Hole speech on August 26 likely to suggest that September is very much a live meeting," wrote Lou Crandall, Fed watcher at Wrightson ICAP, in a recent client note.

In the meantime, Fed officials have been dropping hints. San Francisco Fed President John Williams said in a newspaper interview that the Fed's planned gradual pace of interest rate hikes means, in his view at least, a hike will come this year.

But given the waves of central bank cash flowing from the European Central Bank, Bank of Japan - and now again the Bank of England's purchases of tens of billions of dollars worth of securities a month - the Fed appears to be leaning into the prevailing global winds.

One other somewhat inconvenient truth for central bankers is that after well over half a decade of emergency monetary policy, there is some growth, but scant inflation to speak of in most developed economies other than rampant asset price inflation.

"The inability of super-soft monetary policy to prop up global economic expansion in the years after the global financial crisis suggests that fiscal relaxation may have been a more effective way of bolstering growth. The same is true now," according to global market economists at BNP Paribas. But until the fiscal taps are opened more widely, that leaves central banks still steering the ship. The Reserve Bank of New Zealand, facing weak inflation apart from housing markets, like Australia, threw in the towel and trimmed its interest rate in an attempt to weaken its currency and ended up boosting it instead. British inflation data due during the week are expected to show very little, if any, price pressure.

This won't matter much, however, as a blast of inflation perhaps topping 3 percent or more will come soon enough as the collapse in sterling since Britain's June 23 vote to quit the European Union feeds through to an economy that imports a lot more goods than it sells to the world. Indeed, Brexit as an economic force is more likely to end up as disinflationary in the near term through its potential negative impact on its trading partners, on top of a now widely-expected mild recession in Britain.

The latest figures on Britain's claimant count will also get a close look as they are the first set of official job market data since the Brexit vote, and many now expect the country's very low 4.9 percent unemployment rate to start rising soon.

"The claimant count data will give us an early steer on the post-referendum period, relating to July," wrote Victoria Clarke, senior economist at Investec.

"Indeed, we note that the recent report from the Recruitment and Employment Confederation (REC) pointed to the UK jobs market suffering 'a dramatic freefall in July, with permanent hiring dropping to levels not seen since the recession of 2009'."

Retail sales data are also due later in the week, although survey data have suggested they have held up fairly well since the referendum to leave the EU. And Japan is also due to publish second quarter economic growth data as well, with very low expectations in a Reuters poll for just a 0.7 percent annualised growth rate, despite piles of additional stimulus over recent years. That would be less than half the 1.9 percent rate in the first three months of the year, similar to a euro zone slowdown.