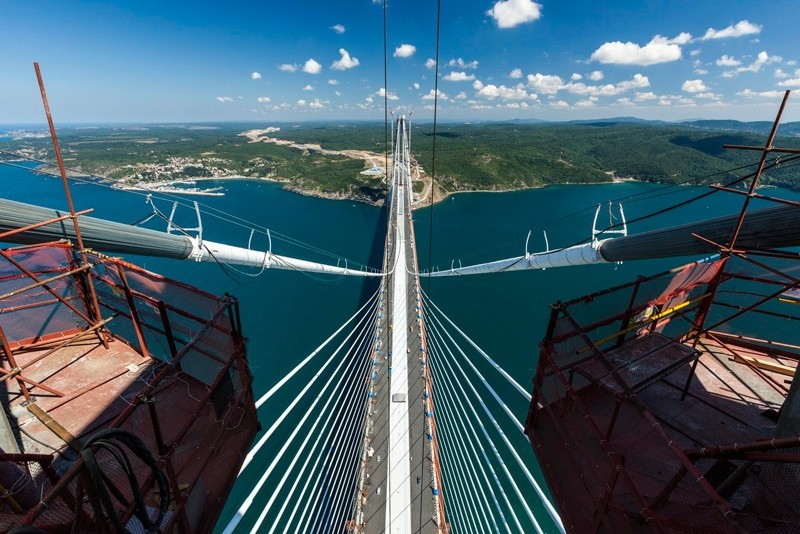 There has been no disruption to Turkey's major infrastructure projects amid the July 15 coup attempt, the country's transport minister said Wednesday.

Ahmet Arslan struck an upbeat note, saying: "If possible, they will be finished earlier."

In remarks made at Anadolu Agency Editor's Desk in Ankara, Arslan denied there had been any technical or financial obstacles to finishing the country's mega projects which include Istanbul's third airport, a finance center and the Kanal Istanbul artificial sea route.

"The third airport project was financed despite a liquidity problem... It is a notable success," Arslan said.

He said the new airport should not solely be regarded as a transport hub: "Its added value to the country will be significant."

"The main aims of the July 15 coup bid and other illegal interventions were to block Turkey by getting more share from world trade and having a voice in the economic area," Arslan said.

Turkey's government says the foiled putsch, which left 240 people killed and nearly 2,200 injured, was organized by followers of Gülen, who has been living in a self-imposed exile Pennsylvania since 1999.

In 2015, Turkey raised the bar with the financial closure of seven projects totaling a record $44.7 billion according to data released by the World Bank Group's Private Participation in Infrastructure Database.

The Yavuz Sultan Selim Bridge will become the third bridge to span the Bosporus Strait, adding yet another link between Europe and Asia. Eight lanes of motorway and two lanes of railway will be located at the same level on the third bridge, which will be a product of professional engineering and advanced technology built by a team, most of whom are Turkish engineers.

The Northern Marmara Motorway and the third bridge have an investment value of 4.5 billion Turkish liras ($1.6 billion).

Istanbul's third airport is under construction in the Arnavutkoy district of Istanbul, on the city's European side.

Kanal Istanbul is an artificial sea route that will be built parallel to the Bosporus and will connect the Black Sea to the Sea of Marmara.

The canal will provide relief to shipping traffic, particularly oil tanker traffic, passing through the Bosporus. The canal has a designed capacity of 160 vessels a day and is scheduled to be completed by 2023 at a cost of $15 billion.

The center is aimed at developing the conditions required for Istanbul to rank among the leading financial centers of the world. The $2.6 billion project is integral to Turkey's plan to make its economy one of the world's 10 largest.

The center, which is expected to be completed by 2018, will house the head offices of the country's financial market governing bodies, state-owned and private banks, and related businesses. It will include 45 million square feet of office, residential, retail, conference, hotel and park space.