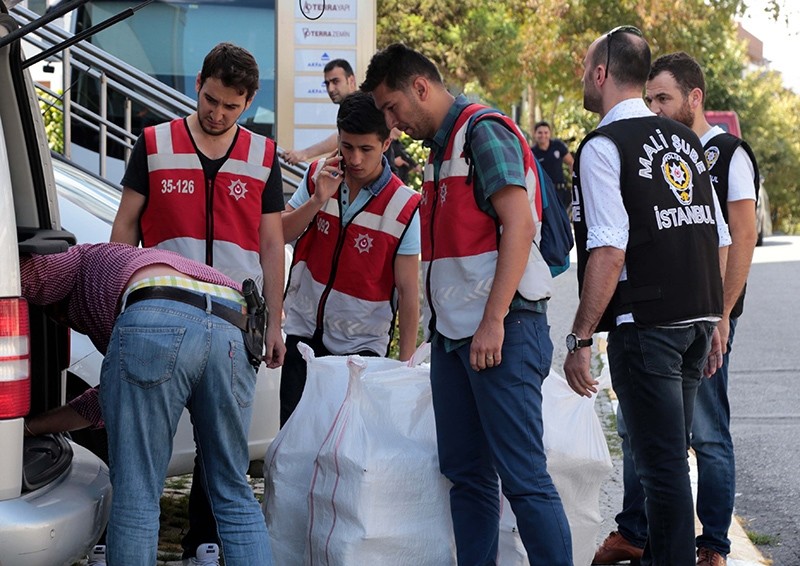 Turkish police raided over 200 addresses across 18 provinces, including Istanbul, on Thursday as part of a nationwide probe into the financing of the Gülenist terror-cult (FETÖ).

Officers searched premises of business groups under the Turkish Confederation of Businessmen and Industrialists (TUSKON) in 18 provinces across the country.

The source said that arrest warrants had been issued for a total of 187 people. These include: TUSKON chairman Rizanur Meral; Aydınlı Group chairman Ömer Faruk Kavurmacı; plus Faruk and Nejat Güllüoğlu, owners of the well-known Güllüoğlu Baklava chain.

Police have made an undisclosed number of arrests and searches are continuing.

Thursday's raids follow a major operation in Istanbul on Tuesday against 51 companies suspected of supporting FETÖ. Financial crime officers raided companies-including Akfa Holding and the A101 supermarket chain-in the city's Üsküdar and Ümraniye districts. Eighty arrests were made.

A wave of detentions following the July 15 defeated coup has seen thousands of people held across Turkey.

Senior business figures, as well as members of the military, police and judiciary have been among those targeted.