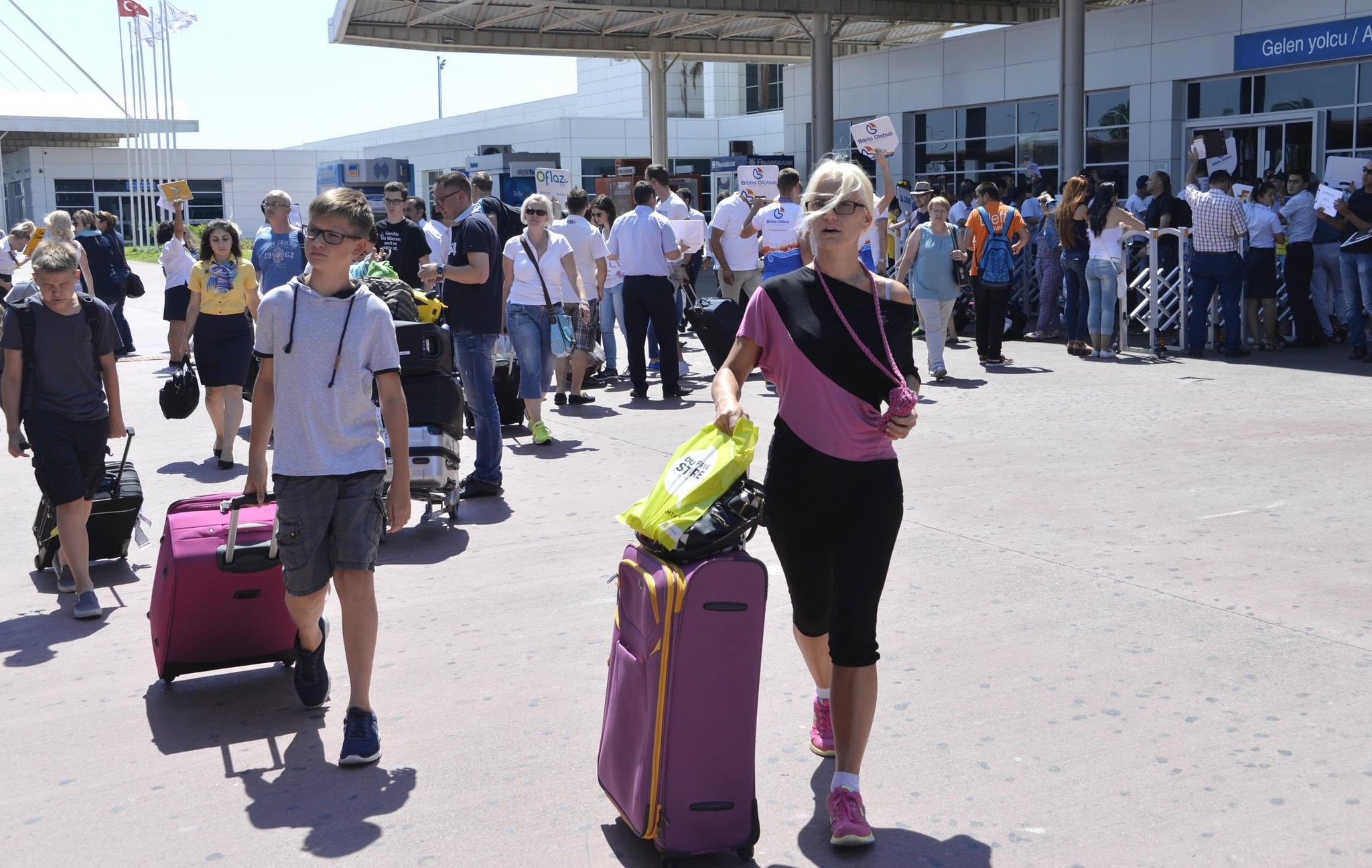 The Russian Ministry of Transportation has submitted to the government draft legislation allowing the resumption of charter flights to Turkey. Once President Vladimir Putin signs the agreement on Monday, Russian tour operators can resume charter flights on Sept. 1. Russia is to resume charter flights to Turkey, Russian Prime Minister Dmitry Medvedev said yesterday, ending Moscow's nine-month flight ban as part of sanctions on Ankara. The halt to flights between Turkey and Russia was one of several restrictions imposed by Russian President Vladimir Putin in December 2015 as retribution for Ankara's downing of a Russian fighter jet in the Syrian conflict. The first applications for charters to Turkey have already been submitted, Transport Minister Maxim Sokolov told Interfax news agency. The travel ban is estimated to have caused billions of dollars in losses for the Turkish tourism industry. The number of Russian tourists dropped off by 93 per cent compared to a year ago. In early August, Turkish President Recep Tayyip Erdogan met with Putin in St. Petersburg to patch up relations, leading to an agreement on resuming charter flights between the countries.

This development created a stir in the Turkish tourism sector. Turkish Hoteliers' Federation (TÜROFED) President Osman Ayık said once charter flights resume between 300,000 to 500,000 Russian tourists will visit Turkey annually. Pointing out that an eight or nine months wait is ahead for the Turkish tourism sector, Ayık said approximately 350,000 Russian tourists have so far come to Turkey by charter flights, and this could reach 800,000 by the end of the year.

Stressing that a charter permit was an important step for 2017, Ayık said tour operators could easily prepare. "It is really important to us that this permit will be granted before plans for the next year are made. Our goal for 2017 is to catch up to the numbers for 2015." In 2015, 3.65 million Russian tourists came to Turkey.