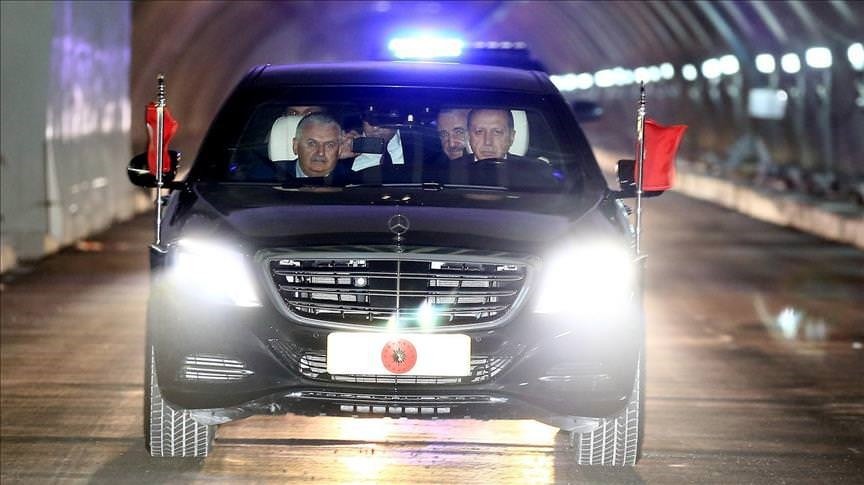 The president was the driver. His passengers were Prime Minister Binali Yıldırım and Ahmet Arslan, transport and communications minister. The car departed from Harem on the European side and returned back to Harem.

The $1.25 billion tunnel connecting the European and Asian sides is due to open on Dec. 20 this year.

Speaking to journalists at the Harem worksite after going through the tunnel with his official car, Erdoğan said: "Despite everything, I assure you we continue to invest in accordance with our 2023 vision."

Turkey's 2023 vision, which marks the 100th anniversary of the Republic of Turkey, sets specific targets and major improvements in the areas of economic activity, energy, health care and transport for 2023. One of the most spectacular targets is becoming one of top 10 world economies.

The minister Arslan said the tunnel will save time and fuel.