Caterpillar chairman and CEO Doug Oberhelman to retire in 2017 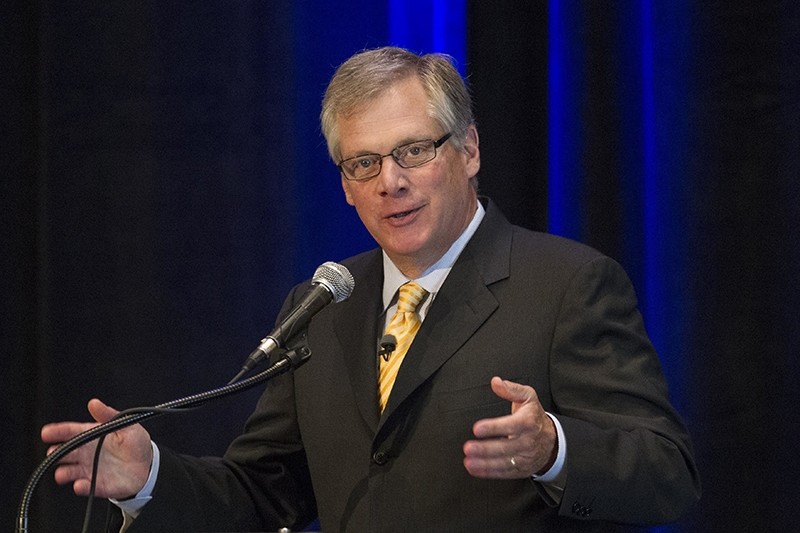 Caterpillar Inc said on Monday that chief executive Doug Oberhelman will retire in 2017 as the heavy equipment maker navigates a lengthy downturn its core businesses and will be replaced with Jim Umpleby, a long-time company insider.

As CEO, he will step down on Dec. 31. He will stay on as the board's executive chairman until March 31.

His departure from Peoria, Illinois-based Caterpillar comes as a commodity slump has hurt its customers in the mining and energy sectors. In addition, construction equipment sales suffered setbacks as weak crude prices sapped building demand in oil-rich countries.

To cut costs, Caterpillar since 2015 reduced global full-time and flexible workforce by 13,900 to 100,000 employees, and said in July that it planned additional reductions.

The heavy machinery maker also lowered its full-year forecast in July amid continued sluggish demand in mining and other industries.

Under Oberhelman the company recorded its highest ever sales and revenue in 2012, before its slump began.

"During the last four years, Caterpillar has faced unprecedented global economic conditions that have significantly impacted the industries served by our customers," Oberhelman said in a statement. "

Jim Umpleby is a 35-year veteran of Caterpillar. He currently serves as group president for energy and transportation and will succeed Oberhelman as CEO from Jan. 1, the company said.

Umpleby will also join the board of directors.

Oberhelman, who became CEO in 2010, will retire after 41 years with the company.

In early trading on the New York Stock Exchange, Caterpillar shares were down 0.3 percent to $87.39.