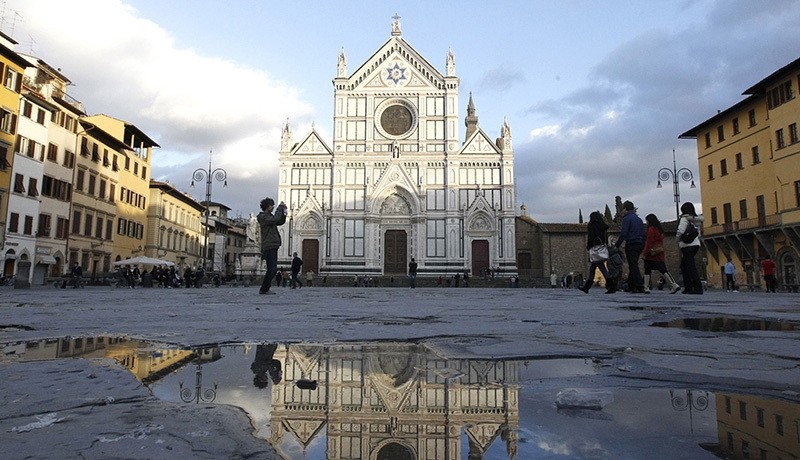 | Reuters File Photo
by German Press Agency - DPA Nov 08, 2016 12:00 am
McDonald's wants 18 million euros (20 million dollars) from the city of Florence in damages for its refusal to authorize a new branch of the U.S. fast-food giant outside the Renaissance city's cathedral, arguably its most famous landmark.

McDonald's often runs into controversy in Italy, a country that prides itself in its culinary traditions. In Rome, the company's plans to open another new restaurant near the Vatican stirred controversy last month.

"We completely agree that the cultural and artistic heritage and the Italian historical town centres have to be protected and guaranteed, as well as the traditions and the historical small shops," McDonald's said in a Tuesday statement to dpa.

"But we cannot accept discriminatory regulations that damage the freedom of private initiative without being advantageous to anyone," the statement added, confirming the lawsuit against the denied planning permit for a branch in Florence's Piazza del Duomo.

Mayor Dario Nardella nixed the plan in June, under pressure from local community groups. A Facebook page called "NO to Mcdonald's in Piazza Duomo and to the degradation of the centre" currently has more than 17,000 followers.

"We think we did something right," Florence's alderman for commerce, Giovanni Bettarini, told dpa in a telephone interview. "We did not say 'no' to McDonald's, we just said 'not there'," he added in reference to Piazza del Duomo.

McDonald's appeal is before the Regional Administrative Court, which adjudicates on public sector decisions. Its rulings may be challenged before a higher court, meaning that the legal wrangle may stretch out over years.

The US company, which already runs nine outlets in Florence, said its new branch would comply with all regulations, including a recently introduced requirement for new food establishments in the centre to sell at least 70 per cent locally sourced produce.

"We appreciated the effort, but we considered that it was not enough," Bettarini said, explaining that his administration wanted to safeguard traditions in an area listed as a UNESCO World Heritage site since 1982.

Prime Minister Matteo Renzi, who hails from Florence and led the city before Nardella, did not weigh on the controversy, which could embarass his government's efforts to make Italy more attractive to foreign investment.

McDonald's first Italian restaurant opened in 1986 in Rome. There was an uproar already back then against the fast food chain, which led to the founding of Slow Food, a global movement that defends local gastronomical traditions and sustainable farming methods.
Last Update: Nov 08, 2016 11:44 pm
RELATED TOPICS