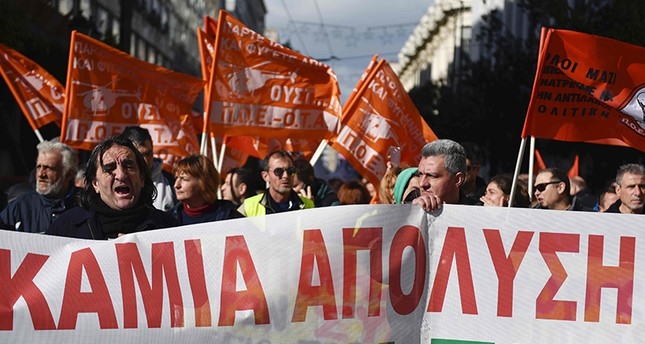 Greece has the highest unemployment rate in the Eurozone according to data published by Eurostat on Tuesday.

Although the Eurozone average for overall unemployment in December 2016 was 9.6 percent, Greece saw 23 percent of its workforce without a job by the end of October.

Spain followed with a jobless rate of a little over 18 percent.

Young people were particularly affected. Forty-four percent of young people (those aged under 25) in Greece were unemployed, which translates to about 114,000 individuals.

Those numbers are slightly lower than 2015, when more than half of Greece's youth population were without work - making it Europe's worst country for youth unemployment.

Overall, Tuesday's data show unemployment in Europe is declining. However, struggling countries like Greece and Spain continue to demonstrate high levels of joblessness.

According to official government numbers published in September 2016, more than 330,000 Greeks had moved abroad since the economic crisis hit the country in 2010.

A recent estimate by the Bank of Greece claimed that, in reality, more than 420,000 Greeks had left the country due to the crisis.

Greek government officials were not immediately available to comment.

Share on Facebook Share on Twitter
Previous in Business Royal Dutch Shell has agreed to sell stakes in 10 North Sea oil fields... Next in Business The U.S. dollar tumbled against key rivals on Tuesday and was on course...
DAILY SABAH RECOMMENDS