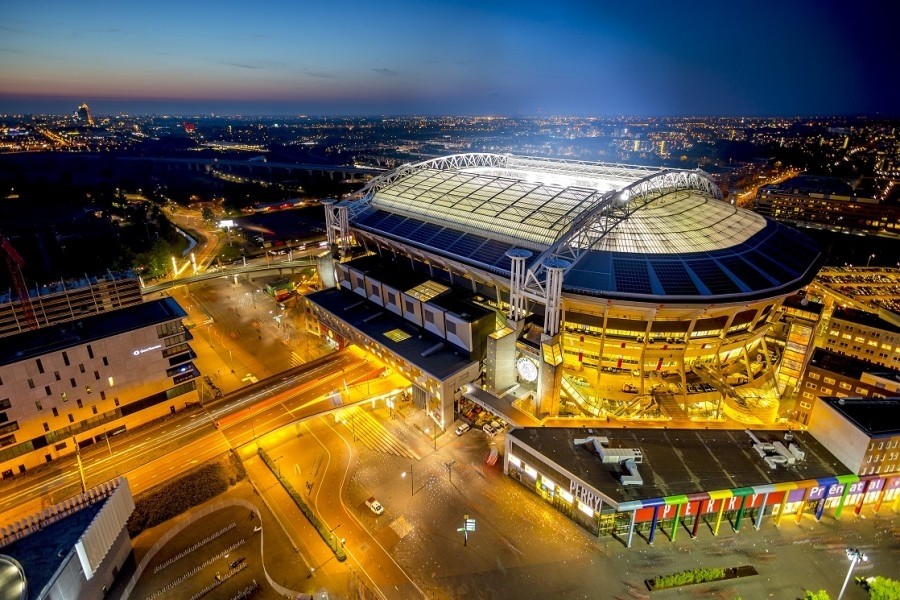 by Daily Sabah Feb 03, 2017 12:00 am
Renaissance Holding, which is considered to be one of the world's largest international construction companies, has joined in a project working with Amsterdam ArenA. Ballast Nedam, one of Renaissance Holding's companies, has undertaken the most extensive renovation project for the stadium since its opening in 1996.

Speaking at the signing ceremony, Henk Markerink, CEO of Amsterdam ArenA said: "In the past 20 years, ArenA continued to invest in quality, innovation and sustainability. This massive renewal project utilizes the same vision. With this project, ArenA will continue to be a part of major league football stadiums."

Project ArenA 2020 consists of three phases. Phase 1 involves the eastern side of the stadium. Ballast Nedam will also provide the detailed engineering services in this phase. After the completion of the Phase 1, the south side will be completed in the Phase 2, followed by the construction of the northern side in Phase 3.

Under the project, much more space will be provided in the concourses behind the stands on the first and second tier, and additional lifts, toilets, catering points and escalators will also be added. The number of seats in the stadium will remain the same; however, the appearance of the stadium will change from concave to convex. The stadium will host four matches for the 2020 European Football Championship after its renovation.

Ballast Nedam is one of the founders of Amsterdam ArenA, which was built over a span of three years, from 1993 to 1996. In this context, a founder agreement has been signed with Amsterdam ArenA. Within the framework of the agreement, which was extended to 2026, both parties are exploring new partnership opportunities in international stadium projects.
Last Update: Feb 03, 2017 1:18 am
RELATED TOPICS