Amazon increasingly wants to be its own deliveryman 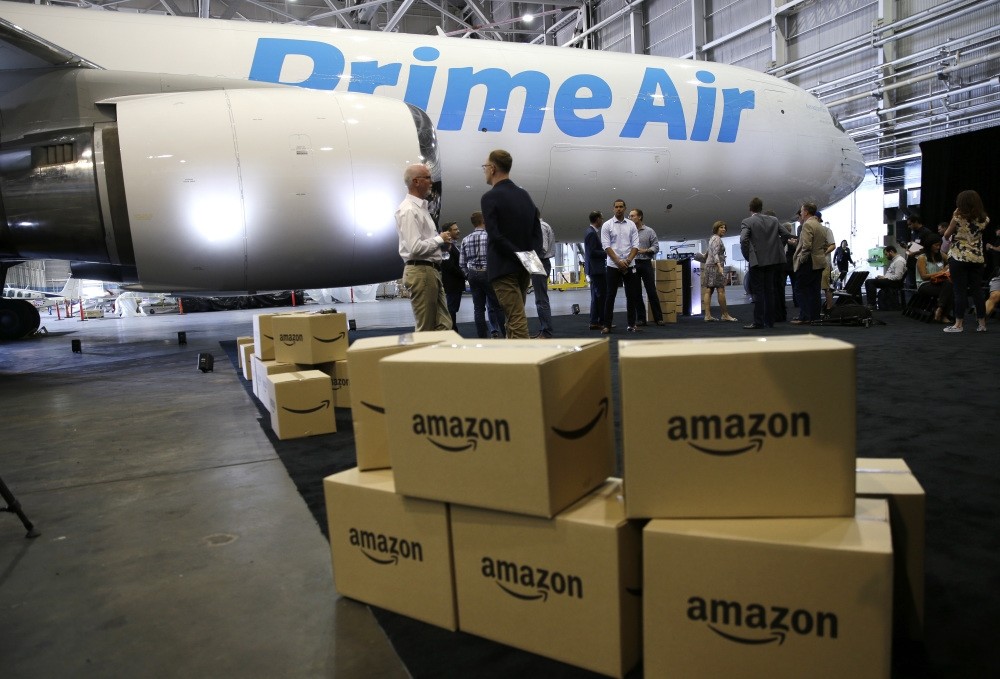 Amazon.com boxes are stacked near a Boeing 767 Amazon Prime Air cargo plane on display in a Boeing hangar.
by Associated Press Feb 04, 2017 12:00 am

Amazon isn't content just being the "everything store." Increasingly, it looks like it wants to be its own deliveryman, too. Its Monday announcement of a new air cargo hub in Kentucky is merely Amazon's latest foray into building out its own shipping and logistics unit.

If successful, the move could ultimately mean lower costs for Amazon -and possibly faster delivery and low prices for consumers. But it could also pit Amazon against package deliverers like FedEx and UPS. Amazon has long plowed its profits back into its business investments. In order to speed up its delivery, it has invested in opening new distribution centers and leasing fleets of trucks. In May, Amazon leased 40 Boeing jets from Atlas Air Worldwide Holdings and Air Transport Services Group Inc., a fleet it dubbed "Prime Air."

The moves comes e-commerce continues to outpace retail sales. Amazon said Thursday the number of items it sold in the fourth quarter rose 24 percent compared with a year ago. Its revenue rose 22 percent to $43.74 billion, slightly missing analyst expectations. Meanwhile, profit rose 36 percent to $749 million, or $1.54 per share, ahead of expectations.

On Monday, Amazon took the next step, announcing plans to build a worldwide air cargo hub at a northern Kentucky airport about 13 miles southwest of Cincinnati. The nearly $1.5 billion investment is expected to create 2,700 jobs. It's an auspicious location, since UPS has a big air hub in Louisville and DHL has an international shipping hub at Cincinnati/Northern Kentucky International Airport. Amazon has long batted down rumors that it plans to start its own package delivery service, saying it's just trying to speed up deliveries and lower costs. The company insists it will continue working with the U.S. Post Office, UPS, FedEx and other carriers to deliver packages.

"It's not a big surprise," Cathy Roberson, founder of consulting firm Logistics Trends & Insights, said of Amazon's Kentucky announcement. "By utilizing that location they can reach anywhere in the U.S. in two days."

If Amazon succeeds in building out its delivery infrastructure, it could ultimately reduce package volume for companies like FedEx and UPS, Roberson said. On the other hand, ecommerce volume is growing so fast there may be room for everyone, she said. For example, UPS reported Monday that 55 percent of its fourth-quarter deliveries -and 63 percent of those in December -were directly to consumers, setting records in both cases.

Still, Amazon has a history of developing services for its own use and then offering them to other customers. It built Amazon Web Services, its cloud computing business, for its own purposes; that service now generates annual revenue of more than $12 billion.