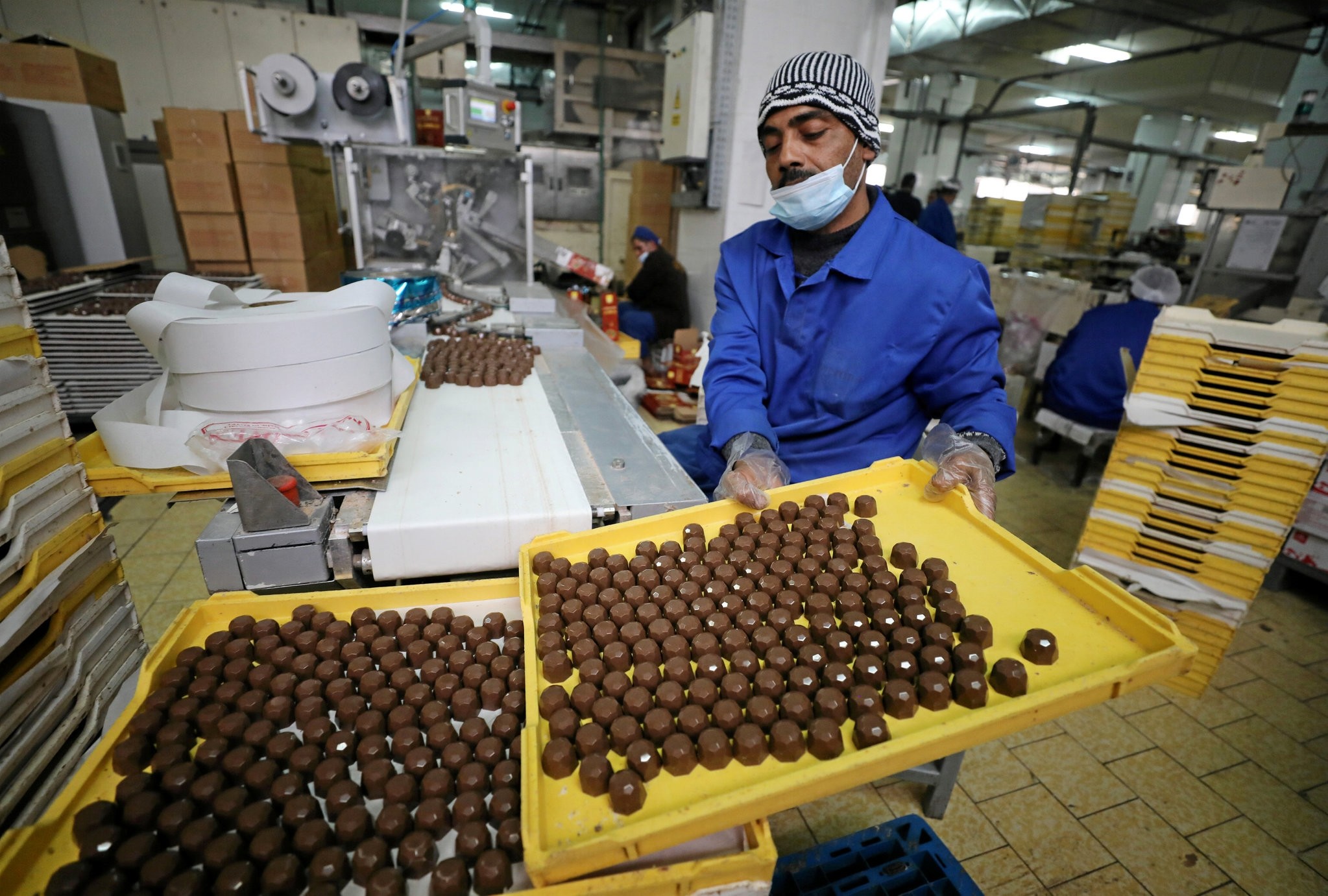 As the Egyptian pound depreciates, the people of Egypt have stopped buying imported products with high tariffs and have turned to domestically made products, which in return has created buoyancy among local manufacturers

Egyptian chocolate spread maker Swifax has doubled its sales and is struggling to keep up with demand since the pound currency dived in November, forcing shoppers traditionally "obsessed with everything foreign" to ditch pricy imports and buy local.

"People started changing their habits," Swifax's commercial director Mohamed El Gammal told Reuters. "We could sell even more ... but we have a problem with our capacity." The pound's flotation and an ensuing increase in tariffs on more than 300 products shipped from abroad have hit importers hard, but have been a boon for domestic manufacturers such as Swifax.

Once shunned in favour of prestigious foreign brands perceived to offer higher quality, Egyptian-made products are much more affordable for customers who are increasingly price conscious as inflation has shot above 28 percent. The bonanza began when Egypt abandoned its peg of 8.8 pounds to the dollar on Nov. 3. Since then, the currency has roughly halved in value to around 17.75.

Sitting in his office next to a glass cabinet crammed with varieties of the sandwich-filler popular with sweet-toothed Egyptians, Gammal said sales have jumped from 2 million pounds ($112,700) a few months before the flotation to 4 million, as rival imported brands become unaffordable to many.

A 350-gram jar of Swifax's high-end spread, Moltobella, costs 36 pounds while its budget brand costs around 17 pounds. Its main imported competitor sells for about 70 pounds a jar. Floating the pound helped Egypt to secure a $12 billion IMF loan in return for a reform programme that includes tax increases and electricity subsidy cuts, driving up inflation in a country where millions live a pay cheque from hunger. Egypt also raised customs tariffs on many luxury goods to over 50 percent, plugged customs loopholes, and tightened quality controls in an effort to rein in a trade deficit the central bank blames for depressing the currency. Importers criticised the increases, saying local producers don't have the capacity to fill the gap left by declining sales of foreign goods.

According to Emad Maher, manager of hypermarket chain Samy Salama, switching to local products has increased by 90 percent, mainly because of the price difference.

"In some products, you can compare the local and imported and not find much difference (in quality). But Egyptians are obsessed with everything foreign," he said.

At Covertina, another chocolate-maker, business is also booming. Chief Executive Mostafa Sayed Salam said production had risen 19 percent in 2016 from the previous year. "After the flotation of the currency, it became hard for importers to sell the chocolate at the old prices," he said. "My market share has increased from 50 percent to 65-70 percent."

Multinationals are taking notice. Nestle, the packaged food giant, said in January it had signed a deal to acquire Caravan Marketing Company, an Egyptian instant coffee maker that had increased its domestic market share due to competitive pricing.

With Egypt long dependent on imports, the trend suggests the government's efforts to narrow a big trade deficit and boost domestic industries are starting to work.

Even before the float, imports had been falling due to shortages of foreign currency. Egypt had struggled to attract dollars and revive the economy after the 2011 overthrow of president Hosni Mubarak, with subsequent political turmoil driving away tourists and foreign investors.

Official trade figures for 2016 have yet to be released but a government official told Reuters earlier this month that the deficit had narrowed by 17.4 percent compared with 2015. Imports fell to $62.93 billion from $70.28 billion, said the official, but higher exports also helped to shrink the gap. These rose to $20.26 billion in 2016 from $18.67 billion. As the unofficial figures suggest, the weaker pound is also helping Egyptian exporters. Hesham Zahra, chairman of Yasmine cosmetic company, said production had risen 25-35 percent since the flotation boosted sales both at home and abroad. "Today our prices have become competitive in foreign markets, and we can compete with some countries in exports," he said, adding that Yasmine lotion retails for a quarter of the price of some imported brands.

Trade and Industry Minister Tarek Kabil told Reuters in October that Egypt had produced $4 billion worth of import substitutes since the start of 2016 and aimed to expand domestic industry by 8 percent in three years. Food industries were leading the way, he said, but local products were also compensating for a retreat in imported building materials, chemicals, leather and furniture.

"This is a golden opportunity for Egyptian producers," said Abu Bakr Emam, head of research at financial firm Prime Holding. "Local producers used to be unable to compete but now is the right time to go in to compete against imported goods due to the price advantage after the dollar rises."

Still, the pound's dive is a double-edged sword for local manufacturers who largely depend on imported raw materials. At Swifax, Gammal said the cost of cocoa butter and hazelnut had more than doubled since the flotation. A tonne of hazelnut used to cost 90,000 pounds but now it costs 230,000.

This forced the company to dip into funds that had been earmarked for expansion. This will now take longer despite the more pressing need to raise capacity. "In the end we increased production without the expansion by tripling the shifts at our factories which adds a lot of strain on the machines," he said.

With Egypt aiming to raise economic growth under the IMF programme to 5.5 percent by the 2018-19 fiscal year from 4.3 percent in 2015-16, the government can ill-afford large numbers of firms to delay investment like Swifax.

But as prices rise, ever more families are looking to save money. "People right now don't care about the quality, it's all about the price," said once shopper in Cairo who called himself Abu Abdulla. "I walk around the supermarket and just look at the prices," he said as he pushed a trolley piled with seven family-size boxes of Egyptian-made biscuits.

Tapping into the trend, a Facebook group called "Made Proudly in Egypt" lists tried and tested local products, from foods to detergents and even pots and pans. One of the more than half a million members of the group, writing under the name of Om Khaled, said the bargains sell fast. "I used to get (imported) nappies and baby food for my son and now I get local alternatives but unfortunately the cheap Egyptian products are not always available. I have to look hard for them," she said. ($1 = 17.7500 Egyptian pounds).