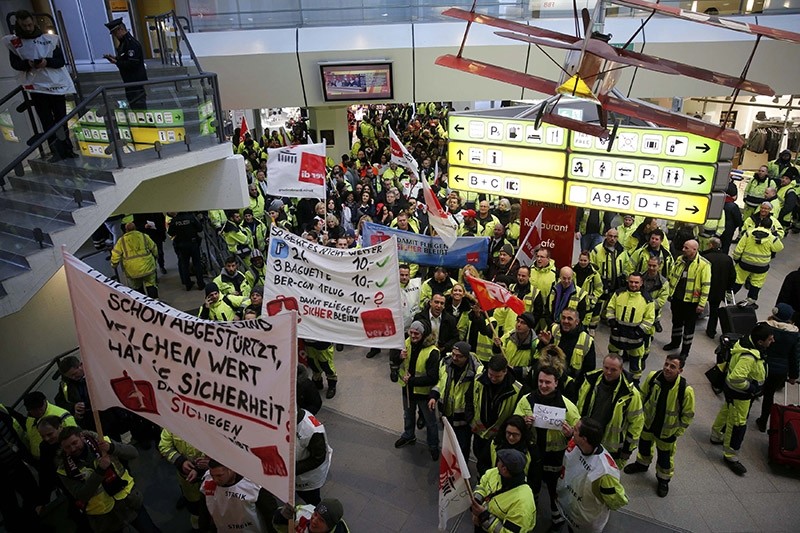 | EPA File Photo
by Feb 16, 2017 12:00 am
Around 200 flights were canceled ahead of a strike over pay by ground staff at Berlin's two airports expected to start later on Thursday.

There were 146 cancelations at Tegel and 54 at Schoenefeld airports and 12 flights were redirected to other German airports, a spokesman for Berlin's airports said.

Trade union Verdi has called for walk-outs at the two airports from 1500 GMT to 2100 GMT. A strike on Wednesday last week led to more than 130 flights being canceled.

Verdi wants an increase in pay for ground staff to 12 euros an hour from about 11 euros as part of a one-year collective agreement. Ground staff jobs include checking in passengers, loading and unloading planes and directing them on the tarmac.

The union described as "insufficient" management's offer of a four-year deal, which foresees a rise of 1 percent each year, or about 10 cents an hour.

The employers, a group of airport ground services providers, said in a statement the renewed strike was "incomprehensible" as talks were still ongoing. The next round of pay talks is due to take place on Friday.

Berlin's airports are served by carriers including Air Berlin, Lufthansa, easyJet and Ryanair among others.