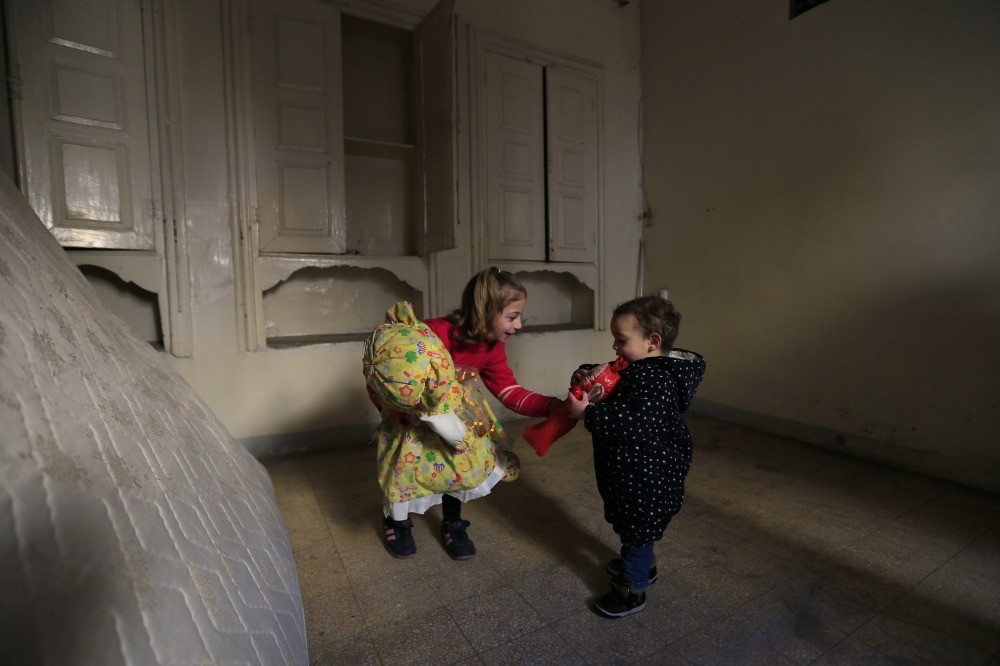 Shurouq, 6, left, gives her brother Mustafa, 2, a toy as she holds a doll that she left at her home, after she returned with her family to eastern Aleppo.
by Daily Sabah Feb 17, 2017 12:00 am
Turkey's toy export to Syria, Iraq and Egypt exceeded $11 million over the last five years, despite the ongoing war and internal conflicts in those countries.

According to the Turkish Statistical Institute (TurkStat), children of neighboring countries, despite being under constant threats of war and internal strife, seems not to have let go of their demand for toys.

Interestingly, exports to countries, dogged by civil strife and disputes, including Syria, Iraq and Egypt have also continued.

Toy exports to Iraq exceeded $9.2 million between 2012 and 2016 while the value of the toys exported to Egypt and Syria stood at around $1.4 million and $623,000, respectively, taking the total amount of toy exports to these countries amounted to $11.2 million.

While Iraqi children mostly preferred scooters, battery cars and similar wheeled toys and sets and other plastic toys, Egyptian and Syrian kids mostly preferred toy sets. Toy gun exports to these countries remained very low. Iraq imported $473,000 worth of toy guns while Syria's toy gun imports totaled to $2,385 and Egypt did not import any toy guns at all.
RELATED TOPICS