Report: Brazil's Odebrecht paid $3.3B in bribes over a decade 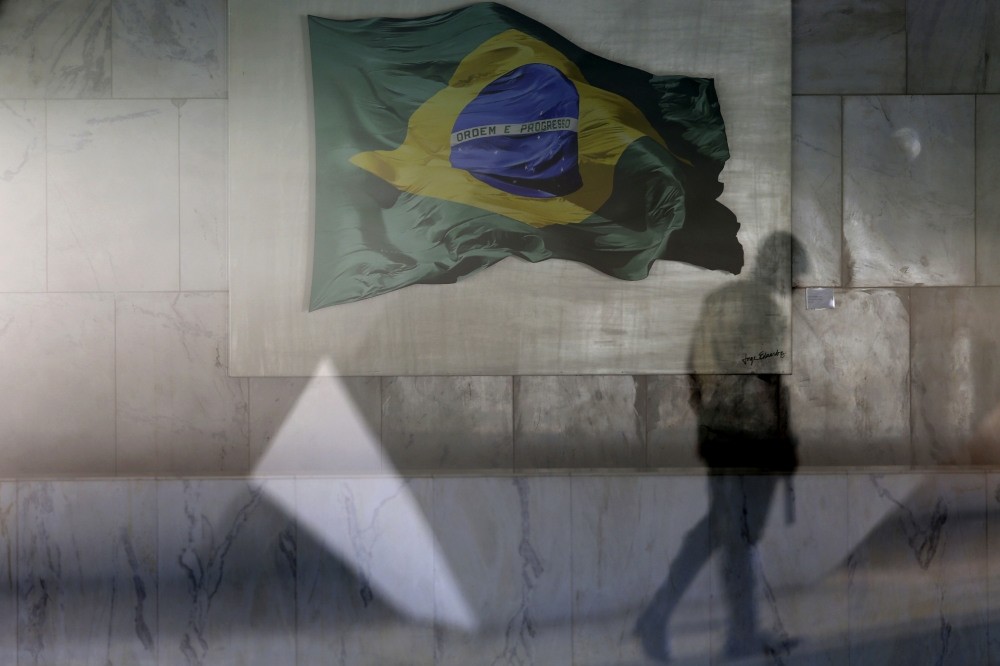 A presidential guard walks past a window allowing a view into the Planalto presidential palaceu2019s main lounge, decorated with an image of a Brazilian national flag, in Brasilia.
by Apr 17, 2017 12:00 am
Odebrecht SA , the Brazilian engineering company at the center of a historic corruption scandal, paid out a total of about $3.3 billion in bribes in the nine years through 2014, according to testimony cited by local media on Saturday. Through a department specifically established to pay politicians and other recipients for public works contracts, Odebrecht paid as much as

$730 million annually in both 2012 and 2013, the years when bribe payments peaked, according to a spreadsheet that a former executive reportedly gave investigators as part of a plea deal.

The $3.3 billion figure, and related annual tallies as laid out in the spreadsheet, were reported on Saturday by the G1 news site of the Globo media group and the Estado de S. Paulo, a leading newspaper. A trove of plea deal testimony unsealed this week by a Supreme Court justice is shedding light on the extent and manner in which Odebrecht, once Latin America's most successful engineering firm, routinely paid officials in Brazil and other countries in exchange for winning contracts.

The testimony was unsealed as the justice, Edson Fachin, authorized investigations of eight government ministers, 12 governors and dozens of federal lawmakers implicated in the scandal, uncovered three years ago because of a kickback investigation at the state-run oil company Petroleo Brasileiro SA, or Petrobras.

Odebrecht, whose former chief executive has been jailed since 2015 because of the probe, negotiated a far-reaching plea agreement with Brazilian investigators last year, leading to testimony by about 80 company executives and employees. Along with an affiliate, Odebrecht also agreed last year to pay at least $3.5 billion to U.S. and Swiss investigators for international

charges related to the scandal. Earlier on Saturday, Estado de S. Paulo also reported that Brazilian authorities were investigating if any of the foreign kickbacks the company has already admitted to violated Brazilian law. The company made those payments in countries including Mexico, Ecuador, Peru and Angola.