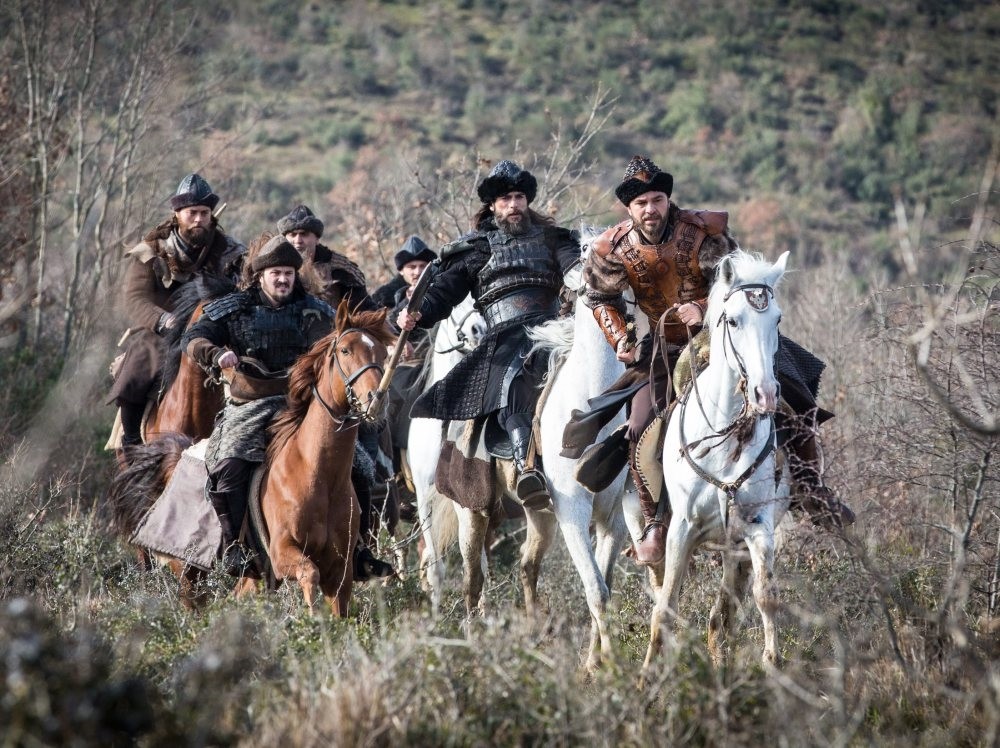 Turkey's Borsa Istanbul is working to introduce diversified financial instrument to be traded on the stock market, including the shares of popular TV series.
by Daily Sabah Apr 21, 2017 12:00 am

In an endeavor to diversify the financial instruments traded on the stock market, Borsa Istanbul is considering starting to trade shares of the popular TV series. BIST chairman Karadağ also announced that they will start selling cars through bonds as well as plans to securitize mega projects, like airports and bridges

Addressing press members regarding the real estate securities and objectives of Borsa Istanbul (BİST) and the projects in the coming period, Borsa Istanbul Chairman Himmet Karadağ noted that BİST aims to deepen the financial instruments traded on the stock market, and is holding talks with the producers in order to go public, offering terms for TV series such as "Diriliş Ertuğrul," which is a top-rated Turkish series aired on the state-owned TRT.

Adding that they will also sell car models on the stock exchange as bonds that will turn into that product, Karadağ stated that it will also be possible to benefit from the increase in value of the bonds over time. Suggesting that the talks with the automotive sector continue in this regard, Karadağ said the project needs to be worth at least TL 100 million ($27.5 million).

Karadağ said they are also working on a model where the return on popular TV series' can be shared, adding that they are currently in talks with companies for the public offering of the TV series aired on TRT. "For example, we talked with the producers of the 'Diriliş Ertuğrul' series. But there is a problem here since the series usually makes short-term agreements with the TV channels. Let's say we need a volume of 40 episodes for our sales," he explained.

Promotional campaign ahead Noting that a comprehensive promotional campaign will be launched in the coming period, Karadağ recalled that in the first instrument, they could not explain its exact characteristics to the target group. "When there is a bigger agenda in the country, the sub-agendas do not attract as much attention. Because whatever you do, you cannot find an audience ready to listen. Everybody gets a little confused," he said.

Karadağ stressed that the Gulf countries are a very important market for them, but said road shows could not be organized for the region. Noting that from now on they will launch an active promotional campaign, he said, "We will do a three-dimensional visualization on the website. Those who want to invest can come, look, visit and examine as much as they want. We will make it easy to reach the specifications of the instrument. We are expecting a serious demand from Turkey, as well as the Middle East, following the promotional campaign."

Stating that there is only one project currently in real estate securities, Karadağ said they will enrich this area with new projects in the coming period and offer alternatives to investors.

Karadağ pointed out that one of the most important objectives of real estate security is to attract new investors to the capital markets, stressing that 3,000 of the 5,000 people who purchased securities in the final public offering were investors who had opened an account for the first time.

Target of $600 billion Suggesting that the market value of the stocks and securities traded on the stock exchange is far from the desired size of $76 billion, Karadağ said they want to raise this figure to $600 billion by 2023, adding that along with stocks, they will also enrich the market with new and hybrid instruments, reaching the desired size by increasing promotions.

Karadağ explained that the only effect of the transfer of Borsa Istanbul to Turkey's Sovereign Wealth Fund (SWF) is the shift of the operation from the public sector to the private sector, and stated, "We will be able to make quicker decisions, and there is no change in our strategic roadmap." Highlighting that they have realized the asset target size of $200 billion in the SWF, he said foreign investors want them to reach a certain financial growth for cooperation, and thanks to the SWF, they can talk to many financial institutions including those based in the Gulf, Europe and the U.S. "When we model and sell the third airport project as a financial instrument, it will become available for investments in the international system, and the SWF is a good platform to do this," he added.

BIST to become partners with IDB It was reported that the Islamic Development Bank (IDB) is planning to acquire a 10 percent stake in Borsa Istanbul. "We want the Islamic Development Bank (IDB) to become a partner in the stock exchange and plan to complete the process in three months," Karadağ said, adding that the IBD's stake will be lower than 10 percent.
Last Update: Apr 21, 2017 2:18 am
RELATED TOPICS