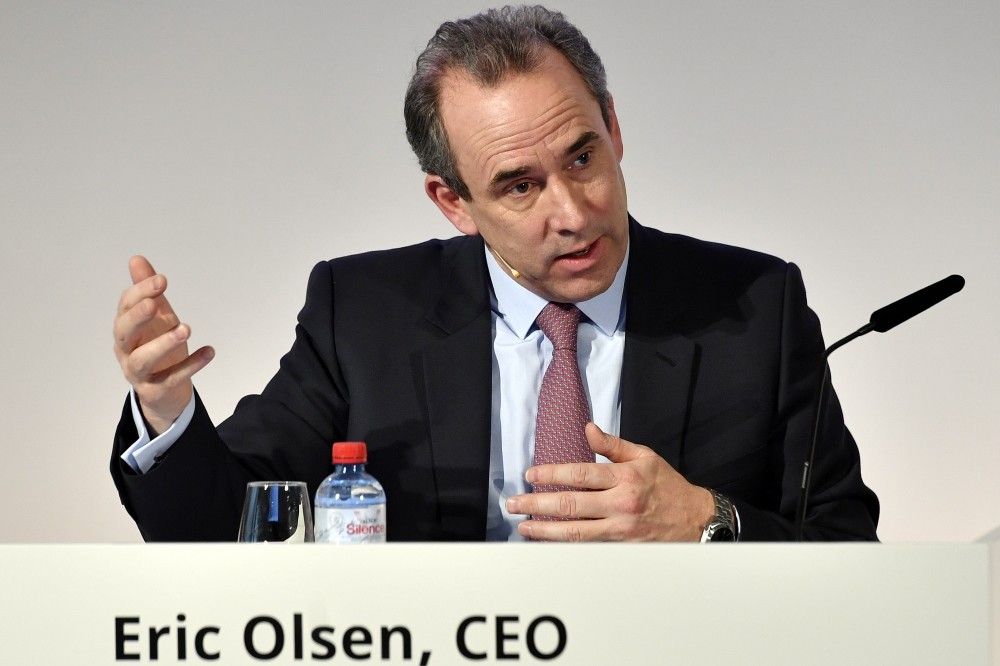 by Associated Press Apr 25, 2017 12:00 am
The top executive of LafargeHolcim announced yesterday that he will resign, citing "strong tensions" facing the Swiss-French cement maker since its admission last month that it had struck deals with armed groups in Syria - allegedly including the DAESH. The world's largest cement maker said an internal investigation has concluded that CEO Eric Olsen was not responsible for or aware of any wrongdoing linked to now-discontinued Syria operations. LafargeHolcim announced the internal probe last month as it acknowledged having funneled money to armed groups in 2013 and 2014 to guarantee safe passage for employees and supply its multimillion-dollar plant there. LafargeHolcim said the review turned up failings in its internal compliance program and other controls, and said its board has mandated Olsen and his team to "implement remedial measures" before he leaves on July 15.

The internal investigation, which has now been completed, in essence pointed to the company's efforts to salvage a Syria plant that cost some $680 million to build over three years and "was one of the only sources of meaningful employment for the surrounding communities," according to a company statement. After pulling out international staff in 2012, the plant was fully evacuated and stopped operating in September 2014. The wrongdoing centers on activities at France's Lafarge before it merged with Swiss company Holcim in 2015 to create LafargeHolcim, which has some 90,000 employees in over 80 countries worldwide.
Last Update: Apr 25, 2017 1:00 am
RELATED TOPICS