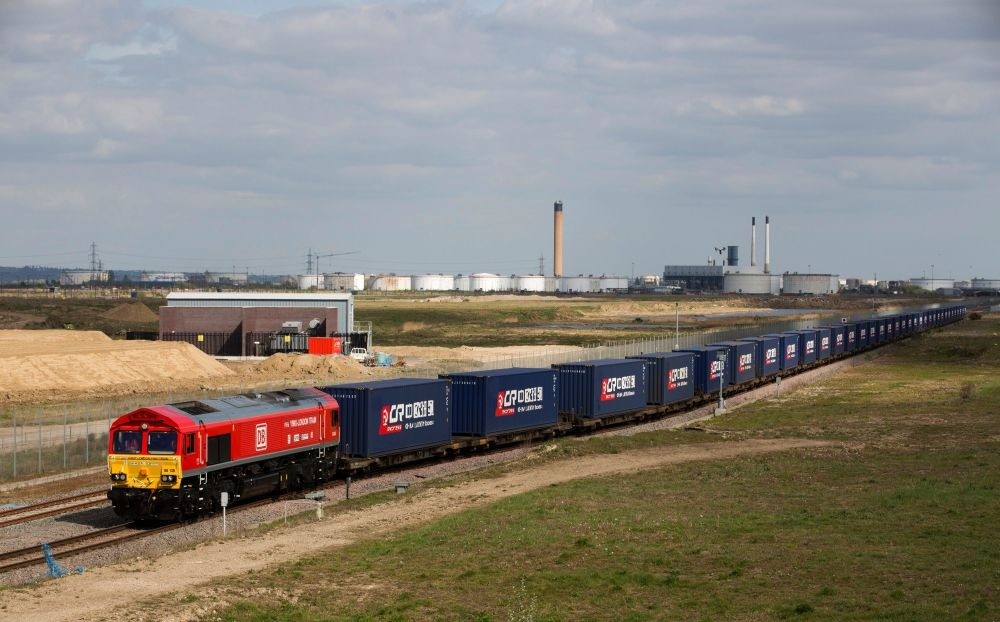 The first-ever freight train from Britain to China started its mammoth journey on April 10, along a modern-day u2018Silk Roadu2019 trade route as Britain eyes new opportunities after it leaves the European Union.
by Apr 25, 2017 12:00 am
Global security companies and their smaller Chinese rivals are jostling for business along Beijing's modern-day "Silk Road", the grandiose plan for land and sea routes connecting the world's second largest economy with the rest of Asia and beyond. Representing investments of hundreds of billions of dollars, the pet project of Chinese President Xi Jinping is seen boosting economic growth at home, and as positive for everything from steel prices to cement makers.

Security firms also expect to tap the rush, offering to protect thousands of Chinese workers - and the pipelines, roads, railways and power plants they build - as they fan out across the world under the "One Belt, One Road" (OBOR) initiative.

It won't be easy, however, with executives warning that state-owned enterprises running or planning projects from Africa to Vietnam sometimes prefer to deal with fellow Chinese, treat safety as an afterthought and try to keep costs to a minimum.

"OBOR is a lifetime (of work) for us," said John Jiang, managing director of Chinese Overseas Security Group (COSG). The small consortium of security providers was set up early last year and operates in six countries: Pakistan, Turkey, Mozambique, Cambodia, Malaysia and Thailand.

"In eight years' time, we want to run a business that can cover 50-60 countries, which fits with the One Belt One Road coverage," Jiang told Reuters.

Chinese personnel are essentially barred under Chinese law, and that of many host nations they work in, from carrying or using weapons. Instead, COSG and its rivals usually work with and train local staff and focus on logistics and planning. In Pakistan, for example, where attacks by militants and separatist insurgents are considered a serious threat, COSG has a joint venture with a local security firm with links to Pakistan's navy. The Pakistani army also plans to provide 14-15,000 armed personnel dedicated to guarding Chinese projects, according to local media reports. The $57 billion China-Pakistan Economic Corridor, the largest single project under the OBOR banner, envisages roads, railways, pipelines and power lines that link China's western reaches with the Arabian Sea via Pakistan.

Major international security operators hope their scale and experience can convince China's price-conscious state-owned giants to pay for foreign expertise. Firms like Control Risks and G4S offer staff with military backgrounds and decades of experience in risky regions around the world. G4S said it had seen an acceleration of interest in its services since OBOR began gaining traction.

Michael Humphreys, a Shanghai-based partner at Control Risks, said around a third of the security consultancy's work in China was related to OBOR. Hong Kong-based logistics firm Frontier Services Group , co-founded by Erik Prince who created the U.S. military security services business Blackwater, announced in December it was shifting strategy to capitalise on OBOR. It plans to set up an office in the southwestern province of Yunnan, which adjoins Southeast Asia, and another base in Xinjiang in China's west, the starting point for the CPEC project crossing Pakistan. Smaller Chinese firms like COSG, Shanghai-based Weldon Security and Dewei Security, meanwhile, see their advantage over multinationals in state-owned enterprises' preference for hiring Chinese to handle sensitive projects. Only a handful of the estimated 5,800 Chinese security companies operate overseas, with the vast majority focusing on the domestic market.

"For Chinese firms, especially with security work, they (state companies) want to speak with another Chinese person. We can also one hundred percent reflect their thinking when we work," said Dewei general manager Hao Gang.