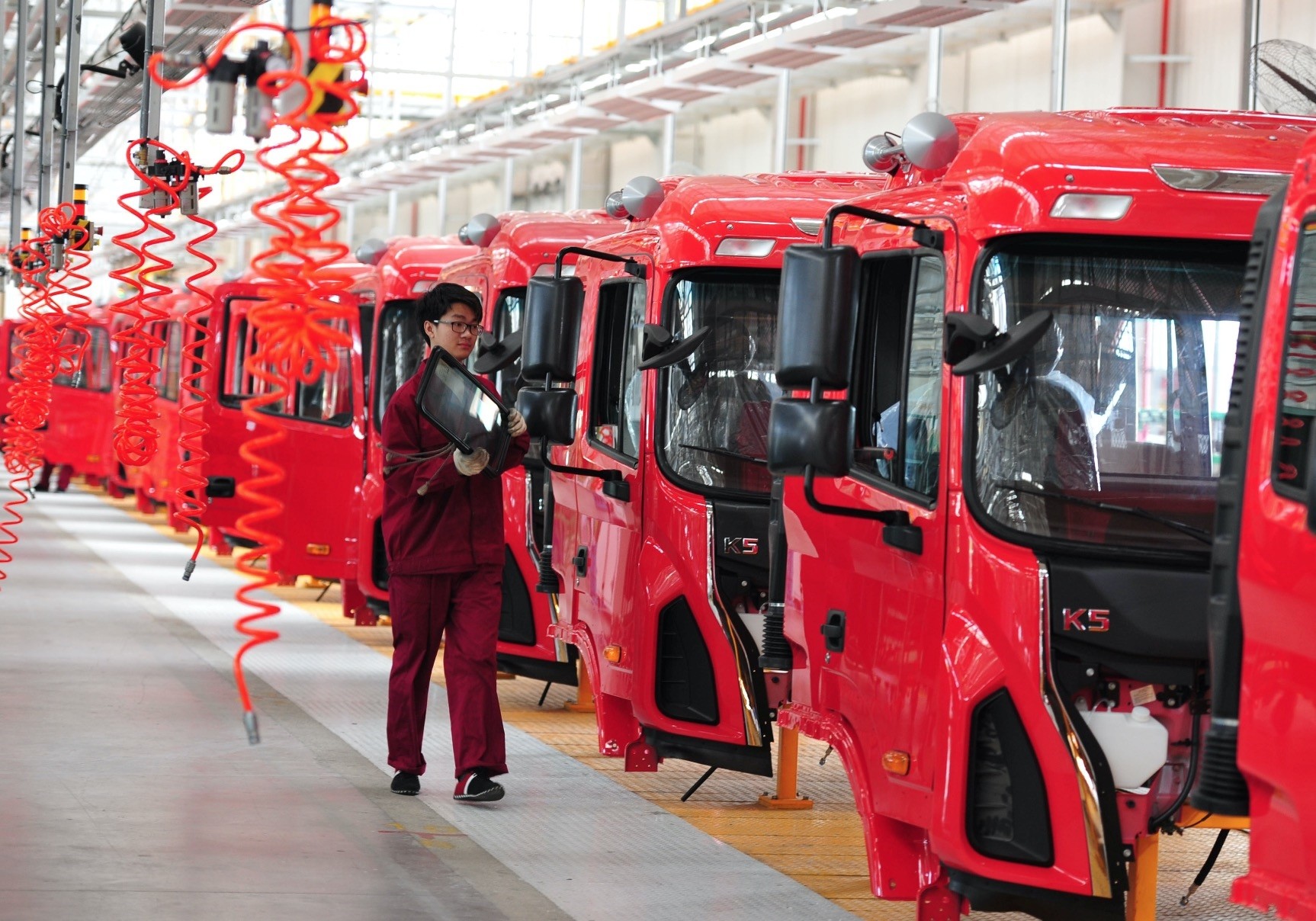 China's factory activity continued to expand in April, albeit at a slower-than-expected pace, official data showed, adding to signs of stabilisation in the world's second largest economy

Growth in China's manufacturing sector slowed faster than expected in April, an official survey showed on Sunday, as producer price inflation cooled and policymakers' efforts to reduce financial risks in the economy weighed on demand. The National Bureau of Statistics' official Purchasing Managers' Index (PMI) fell to a six-month low of 51.2 in April from March's near five-year high of 51.8. Analysts polled by Reuters had predicted a reading of 51.6, the ninth straight month above the 50-point mark that separates growth from contraction on a monthly basis. Demand weakened across the board with the biggest decline in the input price sub-index, which fell to 51.8, its slowest expansion since June last year, from 59.3 in March. Zhou Hao, an economist at Commerzbank in Singapore, said recent sharp declines in iron ore and onshore steel prices point to some of the pressures the country's manufacturers are facing.

"We believe that this on one hand reflects that there is little improvement in underlying demand," Zhou wrote in a note.

"On the other hand, the de-leveraging effort by the Chinese authorities, has started to work."

Chinese steel and iron ore futures tumbled to multi-month lows earlier this month as market sentiment turned bearish on demand outlook and worries mounted about a glut of steel later this year.

The employment sub-index slipped to 49.2 from 50.0 in March while the raw materials inventories sub-index was unchanged at 48.3. Growth in China's services sector slowed slightly to 54.0 in April, compared with the previous month's reading of 55.1, which was the highest since May 2014. China's economy grew a faster-than-expected 6.9 percent in the first quarter, boosted by higher government infrastructure spending and the nation's gravity-defying property boom.

But growth is expected to slow as authorities step up a battle to cool the property sector and as the central bank and banking regulator take steps to contain financial risks. The People's Bank of China is expected to guide short-term interest rates higher, and step up its oversight of the financial sector, amid a crackdown on banks' shadow banking businesses.

Some analysts believe China's economic growth may have peaked in the first quarter but that it's on track to hit a target of around 6.5 percent this year.

China's producer price inflation cooled for the first time in seven months in March as iron ore and coal prices tumbled, while property sales growth slowed in the first quarter despite robust property investment. The private sector Caixin/Markit PMI manufacturing survey, which focuses more on small and mid-sized firms, will be published on May 2. The Caixin/Markit PMI is expected to come in at 51.0 for April, according to a Reuters poll of economists, down from 51.2 in March.