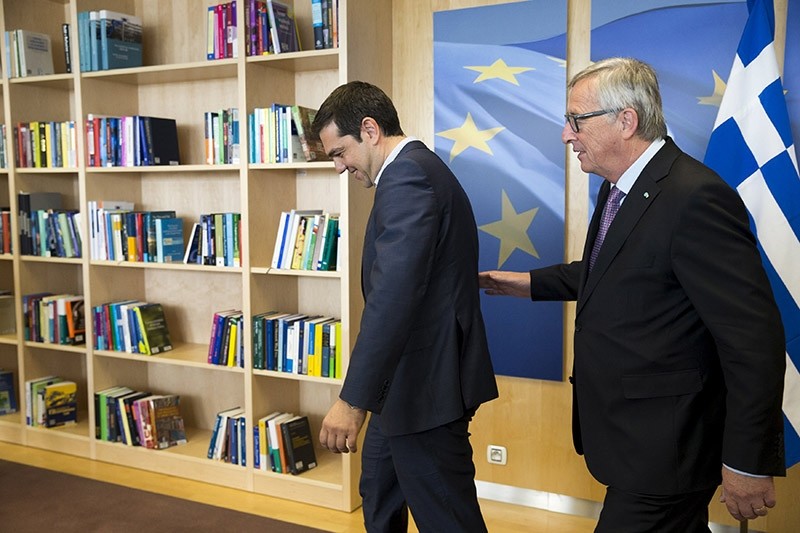 Greece and its foreign creditors reached a deal early on Tuesday on a package of bailout-mandated reforms, Greek Finance Minister Euclid Tsakalotos said, paving the way for the disbursement of further rescue funds.

"The negotiations for a technical deal were concluded on all issues... the way has now been paved for debt relief talks."

Talks on the deal, which includes labour and energy reforms as well as pension cuts and tax rises, had dragged on for half a year mainly due to a rift between the European Union and the International Monetary Fund over fiscal targets.

Greece now needs to legislate the new measures before euro zone finance ministers approve the disbursement of loans, money Athens needs to repay 7.5 billion euros in debt maturing in July. The next scheduled Eurogroup meeting is on May 22, where reducing Greece's debt will also be discussed.

As part of the reforms, Athens has promised to cut pensions in 2019 and cut the tax-free threshold in 2020 to produce savings worth 2 percent of gross domestic product.

If it outperforms its targets it will be allowed to activate a set of measures offsetting the impact of the additional austerity, which includes mainly lowering taxes.

Following Tuesday's agreement, the lenders are likely to decide amongst themselves on Greece's medium-term primary surplus targets, a key element for granting further debt relief.

The IMF says Greece cannot maintain high primary surpluses unless it adopts more austerity and is granted further debt relief by the EU.

In a draft document seen by Reuters, the Fund says Greece can reach a primary surplus of 2.2 percent in 2018 and aim at 3.5 percent annually in 2019-2021, if it implements the new measures agreed with its lenders. It suggests the primary surplus target be reduced to 1.5 percent of GDP thereafter.