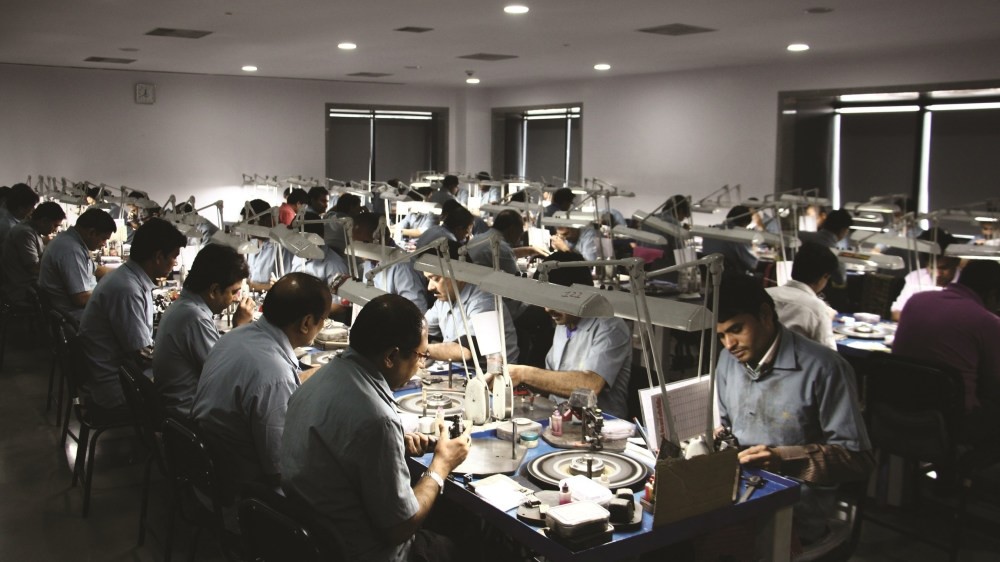 Known as the ‘Diamond City' because it manages 90 percent of the world's rough diamond cutting and polishing, Surat is determined to shine with its pioneering projects that will earn the city economic and social cohesion

With a booming trade in diamond cutting and textile manufacturing, the port city of Surat in India's western state of Gujarat is a melting pot for migrants from across the country seeking work and business opportunities.

Kamlesh Yagnik was one of them. In his early 30s, the Mumbai native moved to the "Diamond City", as Surat is known locally because it handles 90 percent of the world's rough diamond cutting and polishing.

In the two decades since, the engineer has set up a technology consultancy and a clean energy management firm, raised a family, and come to regard Surat as home.

Now he is the city's first chief resilience officer, tasked with making the industrial hub "cohesive, robust and sustainable".

It will not be an easy task.

It has a limited public transport system and insufficient affordable housing for the throngs of people that continue to arrive, betting their future on the city.

The Tapi River is the city's main water source but its quality is deteriorating. Surat also faces the threat of sea-level rise, while flooding and saltwater intrusion are already a problem.

Meanwhile the industries that made Surat's name could lead to its undoing, experts warn.

"This city is thriving, and it's only because of the growth of diamonds and textiles", Yagnik told the Thomson Reuters Foundation in a phone interview.

But the raw materials are not produced in India - with much of Surat's diamond supply coming from Africa - and that makes the city highly vulnerable to outside shocks, he emphasised.

"Economic resilience is a prime pillar for us," said the former head of the Southern Gujarat Chamber of Commerce and Industry.

Two weeks ago, Surat unveiled a document outlining how to achieve its vision of "healthy, just, economically viable and environmentally sound" communities.

The strategy explores how the city can diversify its economy, to bolster it against any downturn in diamonds and textiles, by developing policies to support its IT industry, promoting smaller businesses, and providing skills training.

The strategy was developed under the Rockefeller Foundation's 100 Resilient Cities (100RC) initiative, which helps cities around the world prepare for climate change and other pressures.

Surat is the first Indian city to publish its strategy, which Yagnik hopes will serve as a model for others, including three - Chennai, Pune and Jaipur - in the 100RC network.

These are broken down into 63 projects - more than half new - that last from one to eight years each, aimed at making Surat more resilient to environmental, economic and social stresses.

They range from developing an integrated transport system to adapting buildings for low energy consumption and providing housing insurance and soft loans to encourage home ownership.

There are also programmes to promote recycling, research groundwater, and design heritage walks for locals and tourists.

In the short term, Yagnik is hoping to make progress on monitoring the Tapi River's water quality and developing non-motorised transport in areas with particularly bad traffic.

The city is also looking to work with the private sector, think tanks and development groups. For example, it is partnering with PricewaterhouseCoopers on housing, and aid agency Save the Children on public health.

"This city has grown on the principle of PPP (public-private partnership)," said Yagnik, who is confident local entrepreneurs and businesses will provide financing to overcome the gap in resources Indian governments have long struggled with.

Neither is pioneering Surat a stranger to climate action, as a core member of the Asian Cities Climate Change Resilience Network, another Rockefeller initiative which began in 2008. In 2012, the city authorities and chamber of commerce set up the Surat Climate Change Trust to help address climate risks.

Yagnik works for that trust rather than the Surat Municipal Corporation, making him "an outsider". If extended beyond the first two years funded by 100RC, ending in August, the role should be repositioned within local government, he said.

Getting everyone on the same page is another challenge, especially when - as in Thailand - there is no local vernacular for "resilience", he noted.

"I would have to use three sentences (in the local language) to describe the word," he said.

At the beginning, it was "very, very difficult" for junior and mid-level officials in the Surat Municipal Corporation to understand resilience, he recalled. "It was the same for people in society," he added.

But the concept of resilience is something "very dear" to Yagnik, who rattled off a list of natural and man-made disasters he has experienced since moving to Surat in 1995, from multiple floods to fires at textile factories.

"The idea is to convert the challenges into opportunities," he said. "Surat will continue to face these challenges, but if we can be cohesive, robust and sustainable, we will be resilient." (Reporting by Thin Lei Win, editing by Megan Rowling; Please credit the Thomson Reuters Foundation, the charitable arm of Thomson Reuters, that covers humanitarian news, women's rights, corruption and climate change.