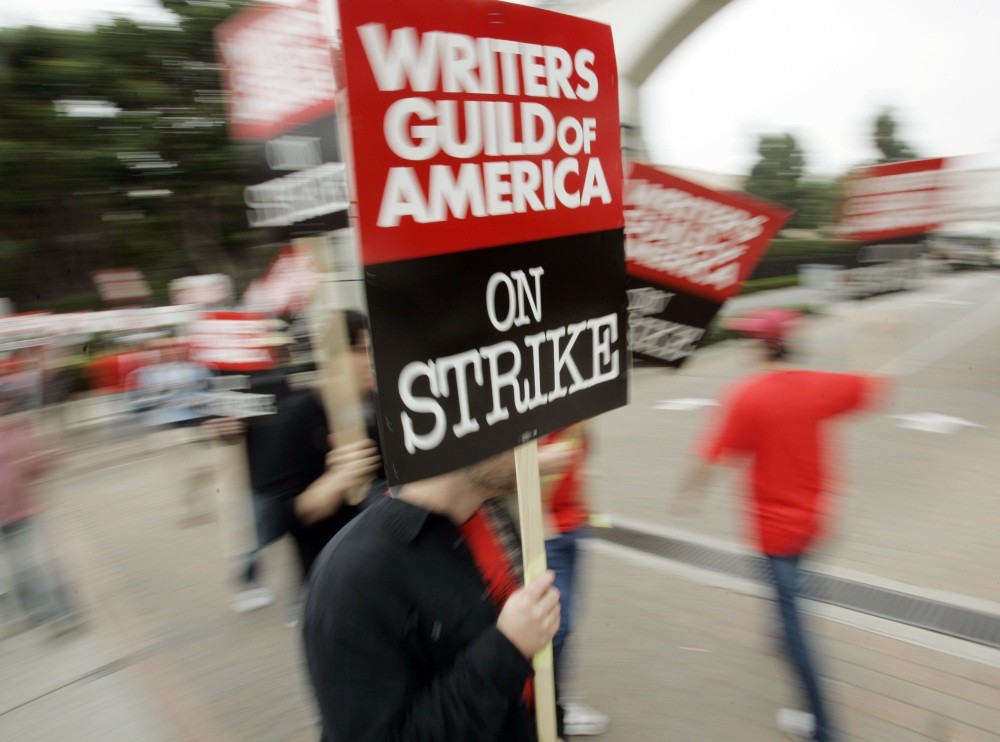 Hollywood writers reached a tentative deal with representatives of movie and television studios on a new contract early yesterday, averting a strike that could have blacked out talk shows and soap operas, media reported. The sides drew up an agreement including provisions for shorter television seasons - an issue since the advent of streaming services - and a 15-percent increase in pay television residuals, Variety.com reported. The 9,000-member Writers Guild of America had said it was prepared to call for a stoppage and for picketing of the big TV and movie studios as early as yesterday if no deal was reached by midnight on Monday.

The focus of the talks has been the revolution in the television industry since the arrival of streaming services including Netflix and Amazon, and a resulting sharp decline in the typical number of episodes in a season of scripted comedy or drama, to around 10 from 22. The Guild says its members, who are paid per episode, have suffered an average 23-percent drop in earnings in the past three years. Royalties for shows sold on DVDs, streaming platforms and cable TV were also at issue, along with funding for the Guild's health plan. Variety.com said the deal also covered health and parental leave benefits, citing a memo sent to Guild members.

The Guild was negotiating with the Alliance of Motion Picture and Television Producers, which represents entertainment giants Comcast Corp, Walt Disney Co, CBS Corp , Viacom Inc, Time Warner Inc and Twenty-First Century Fox Inc. If a strike had been called, audiences would have seen the first impact on late-night talk shows, which use teams of writers to pen topical jokes.

The last WGA strike in 2007/8 went on for 100 days. TV networks broadcast re-runs and more reality shows, while the cost to the California economy was estimated at $2.1 billion, according to the Milken Institute.