Outcry over Moscow plan to raze thousands of communist-era flats 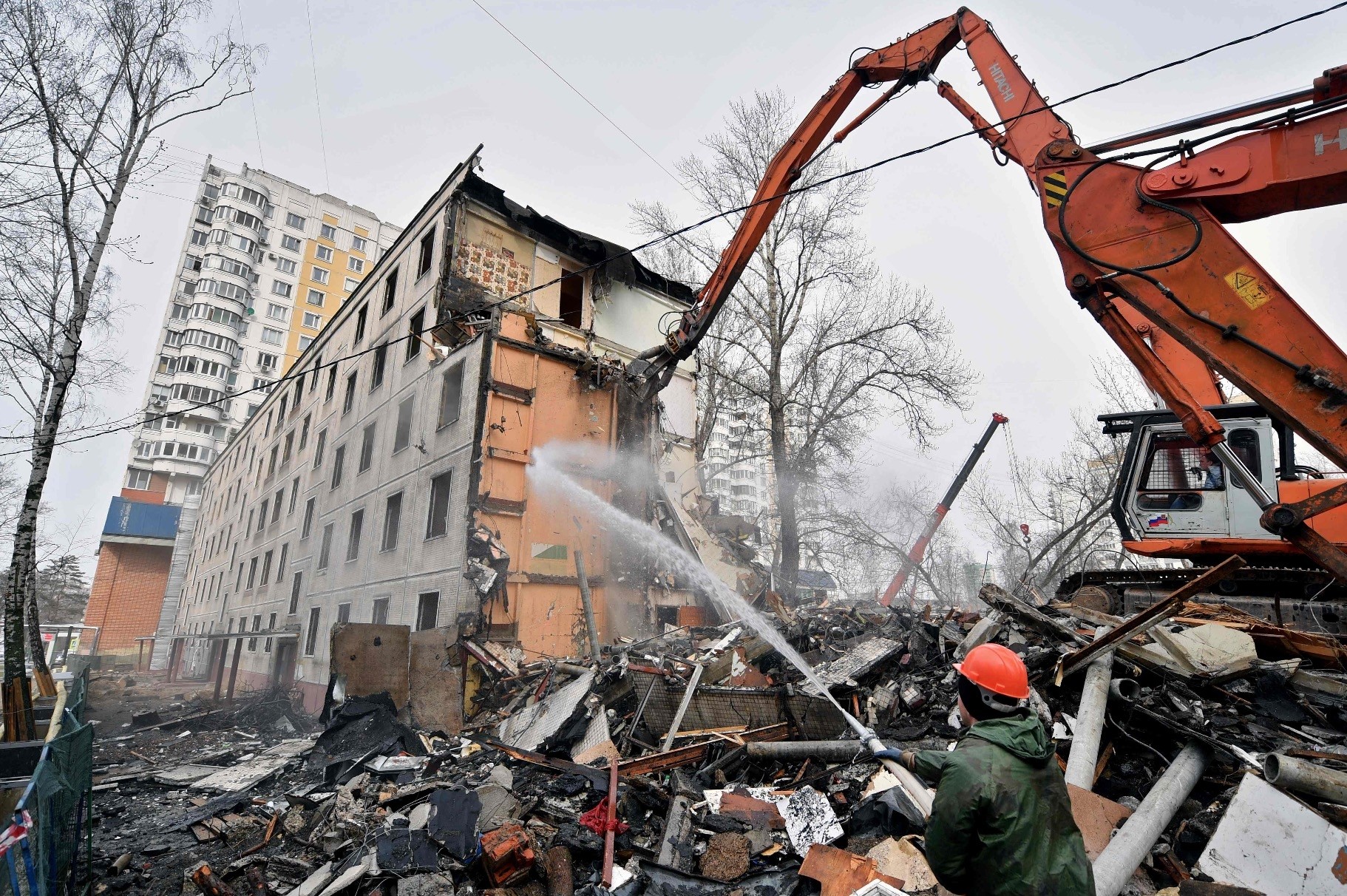 An excavator demolishes a five-storey apartment block in Moscow. City authorities headed by Kremlin-backed Moscow mayor Sergei Sobyanin initiated the vast program - due to start in September - to knock down low-rise housing.
by May 08, 2017 12:00 am

The Moscow mayor initiated the vast $62.1 billion program to knock down low-rise housing, focusing on the five-storey buildings thrown up under Soviet leader Khrushchev in the 1950s and 1960s, but prompting protests

Valeriya Yevseyeva and her husband Alexei bought a flat last year in a five-story brick building near a Moscow park where they love to cycle. Now they face the possibility that authorities will demolish their 1950s-era building and rehouse them in a tower block, in an urban development plan not seen since Soviet times to demolish more than 4,500 apartment blocks and relocate hundreds of thousands of Muscovites.

"This is a brick building, everyone knows they can stand for up to 150 years, so this is a shock," said Yevseyeva, 31, who works for a medical device company.

Backed by President Vladimir Putin, Moscow Mayor Sergei Sobyanin wants to knock down low-rise housing, focusing on the five-story buildings thrown up under Soviet leader Nikita Khrushchev in the 1950s and 1960s as the USSR rushed to build housing for everyone.

Supporters argue the vast 3.5-trillion ruble ($62.1-billion, 57-billion euro) project is vital, replacing the smaller, aged buildings with high-rise housing in Russia's fast-developing capital of 12 million which faces a housing crunch and rising rents. But the program - due to start in September - has prompted protests from residents fearful of losing their homes and who say it rides roughshod over their property rights. And the level of outcry has even forced Putin to react in a bid to reassure residents.

"The aim is to improve housing conditions for people who live in buildings that are falling down," the Kremlin strongman told ministers.

"It goes without saying that this should be done in such a way and with such means and methods so as to not breach the rights of citizens." Authorities initially wanted to demolish 8,000 buildings, home to 1.6 million people, but reduced the scale this month after conducting opinion polls.

The first five-story buildings - nicknamed khrushchevki after the Soviet leader - rehoused people living in communal flats - where entire families were squeezed into one room - and were celebrated as a symbol of social progress in films and Dmitry Shostakovich's 1958 operetta, "Moscow, Cheryomushki." Now, some seven decades later, those backing the project to pull them down are billing it as an equally important transformation

"It's a historic step. There probably hasn't been such large-scale change to Moscow since the 1950s," said ruling United Russia party MP Pyotr Tolstoy.

Often situated in leafy communal settings, the apartment blocks were built without lifts and kitchens are small. The worst are made of pre-cast concrete panels but many are brick.

"They're outdated. It's impossible to repair, renovate or reconstruct them - people really do live in awful conditions," said the lawmaker. Tolstoy co-authored the bill on the demolitions that got the preliminary backing of parliament, but many details are vague and remain left to be worked out. Under the program people are promised a flat of "equivalent" size - not the same value - in the same, albeit likely spread-out, district.
RELATED TOPICS