Made in North Korea: As tougher sanctions loom, more local goods in stores 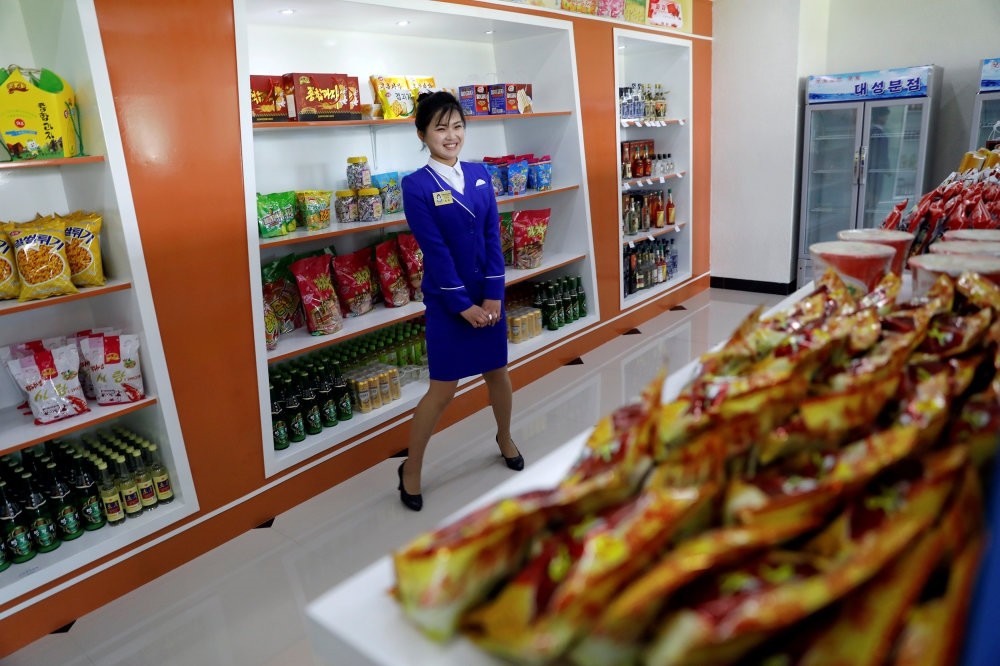 A vendor is pictured in a shop in a newly constructed residential complex after its opening ceremony in Ryomyong street in Pyongyang, North Korea.
by May 09, 2017 12:00 am
From carrot-flavoured toothpaste and charcoal facemasks to motorcycles and solar panels, visitors to North Korea say they are seeing more and more locally made products in the isolated country's shops and supermarkets, replacing mostly Chinese imports. As the Trump administration considers tougher economic sanctions to push the isolated country towards dismantling its weapons programs, North Korea is pursuing a dual strategy of developing both its military and economy. The majority of consumer products in North Korea still come from China. But under leader Kim Jong Un, there's been an attempt to sell more domestically made goods, to avoid any outflow of currency and to reinforce the national ideology of juche, or self-reliance, visiting businessmen say. There is no available data to show how much is being produced domestically. Export data from countries like China and Malaysia, which sell consumer goods to North Korea, may not be an accurate reflection.

Visitors say that with the impetus from the top, large North Korean companies like military-controlled Air Koryo, the operator of the national airline, and the Naegohyang conglomerate have diversified into manufacturing consumer goods including cigarettes and sports clothing.

North Korea is one of the most insular countries in the world and visits by foreigners are highly regulated.

A Reuters team that was in the capital Pyongyang last month was allowed to go to a grocery store, accompanied by government minders, where shelves were filled with locally made drinks, biscuits and other basic food items. Other visitors have seen locally made canned goods, coffee, liquor, toothpaste, cosmetics, soap, bicycles and other goods on sale in the city.

"As new factories open, the branding, packaging and ingredients of our food products have improved," said shop assistant Rhee Kyong-sook, 33.

Kim Chul-ung, a 39-year old physical education teacher visiting the store, said: "I can taste real fruit in the drinks that are made in North Korea, compared to drinks from other countries."

Visitors say locally made consumer goods are becoming increasingly sophisticated and QR or matrix barcodes can been found on a wide range of products from make-up to soft drinks. Market vendors are also becoming more competitive, offering samples of their food to shoppers, something they didn't do five years ago.

"There was clearly recognition that too many products were being imported from China, not just high-end consumer goods but also lower-end ones like food." Traders and retail experts said the North Korean market was attractive, thanks to a growing class of "donju", or "masters of money," who generate wealth in a grey market economy that is being increasingly recognised and controlled by the state. Nevertheless, North Korea is still heavily reliant on trade with China and the vast majority of raw materials to make consumer products still come from or through China.