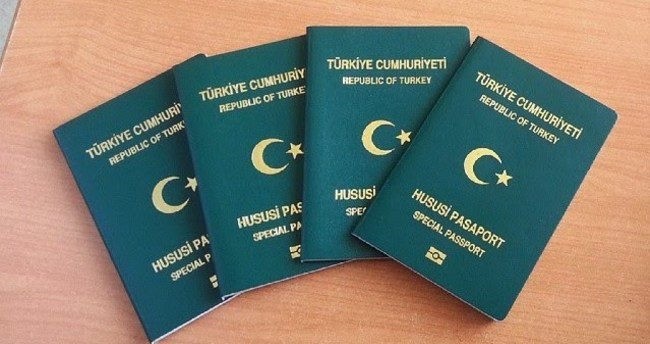 by Daily Sabah with AA May 11, 2017 12:00 am
A total of 2,142 applications were made in 45 days for the special green passport granted to representatives of companies exporting over $1 million per year to increase market exports to countries offering visa-free travel to Turkish citizens.

Exporters have shown widespread interest in the practice, which was launched with the granting of green passports to exporters determined after a mass inauguration ceremony attended by President Recep Tayyip Erdoğan in Denizli on March 24, 2017.

On May 8, 2017, 2,142 applications were filed for green passports, a process that starts with companies applying to the exporter associations with which they are affiliated. Reportedly, over 1,000 exporters have completed the process and started using their green passports.

Among the 128 countries in which exporters have the freedom of visa-free travel with a green passport, Turkey's total exports reached 78 percent with $110 billion in 2016. Thanks to visa facilitation, exporters can now enjoy visa-free travel to countries such as Germany, Iraq, Italy, France, the United Arab Emirates (UAE), China, Iran, Israel and Egypt.

In the meantime, exports to 64 countries including the U.S., the UK, Canada and India, which requires that green passport applicants obtain a visa, was 21 percent with $29 billion in the same period.
Last Update: May 11, 2017 1:42 am
RELATED TOPICS