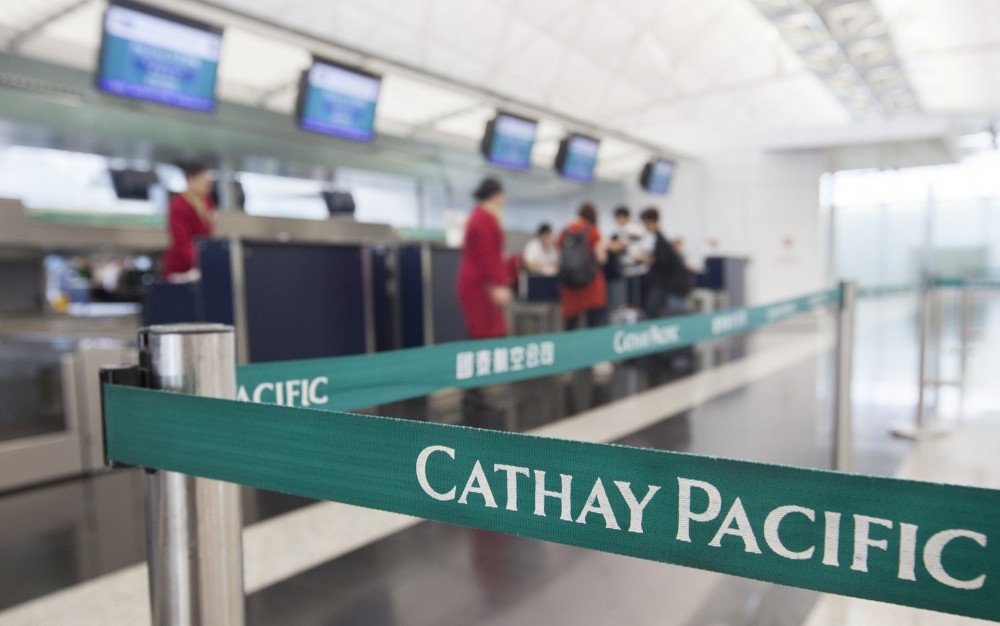 Hong Kong's flagship airline Cathay Pacific said yesterday it would cut 600 staff including a quarter of its management, as part of its biggest shake-up in two decades to repair its bottom line. In March the company posted its first annual net loss in eight years, citing intense competition as lower cost airlines, particularly from mainland China, eat into its market share. It pledged at the time to slash costs by 30 percent after its $74 million net loss in 2016 reversed a $773 million profit in the previous year. In a company statement yesterday, the airline said it would shed 190 management roles as well as 400 non-managerial positions at its Hong Kong head office.

"We have had to make tough but necessary decisions for the future of our business and our customers," said CEO Rupert Hogg. "Changes in people's travel habits and what they expect from us, evolving competition and a challenging business outlook have created the need for significant change."

No pilots, cabin crew or frontline employees would be affected but they would be asked "to deliver greater efficiencies and productivity improvements," the statement said. Aviation analyst Corrine Png told AFP the company was moving "in the right direction" as it looked to transform the business and improve cost competitiveness.

"The challenge is when you start to cut staff head count... you really have to keep the staff morale high," she said. "They haven't really touched the frontline, pilots, cabin crew, customer service, so at least this part hopefully will reduce the possibility of compromising the product."

Singapore Airlines (SIA) also reported a net loss of SG$138.3 million ($99.4 million) in the fourth quarter last Thursday, causing full-year net profit to drop by more than half from the previous year. It said in a statement that a "wide-ranging review" of the company's network, fleet, services and organizational structure was underway.

Intense competition has continued to hit premium carriers despite an expansion of international air travel in the region, as mainland Chinese airlines aggressively scale up long-haul routes. Cathay announced a major restructuring program in January after posting its first annual net loss since 2008 at the height of the financial crisis. The airline is also losing premium travelers as it comes under pressure from Middle East rivals that are expanding into Asia and offering more luxury touches.

"Job cuts is obviously the most effective measure in the short term but Cathay's problem is not coming from within, it's growing competition from outside from full-service peers in the mainland and Middle East to budget carriers," Yu Zhanfu of Roland Berger Strategy Consultants told Bloomberg News.

"Cathay has been suffering decline in both yield and load factor. That's what Cathay needs to urgently address by sharpening their competitiveness externally," Yu added.

The staff cut is the first major announcement since Hogg replaced Ivan Chu on May 1 as part of a management overhaul. Cathay shares rose more than 3 percent in early trade but pared gains to sit 1.6 percent higher in the afternoon.
RELATED TOPICS