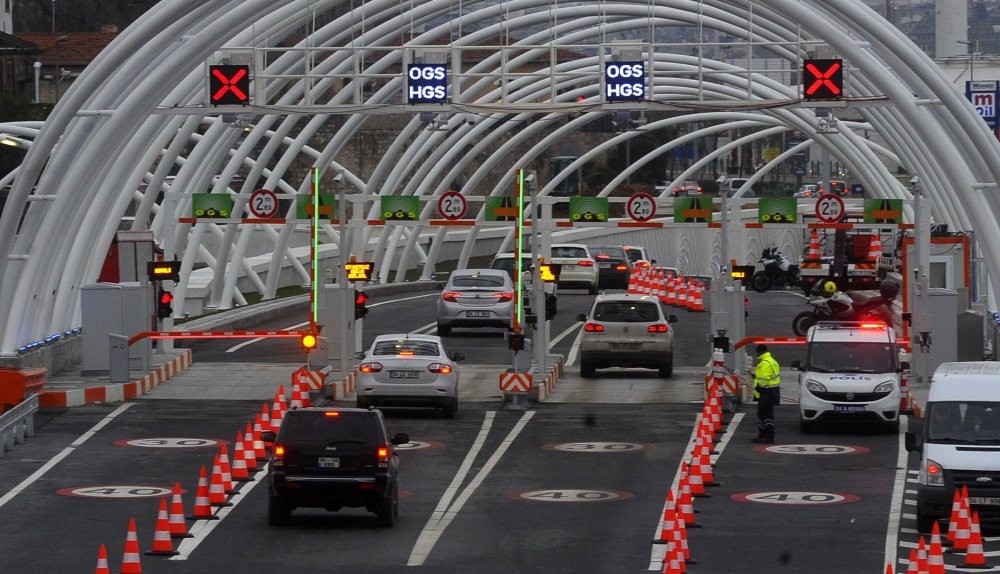 Turkey earned over TL 443 million ($124 million) in tolls in the first four months of 2017, according to data released Tuesday by the Turkish Highways Directorate.

The July 15 Martyrs Bridge and Fatih Sultan Mehmet Bridge, connecting Europe and Asia over the Bosporus, reaped around TL 115.5 million, while highway tolls throughout Turkey yielded almost TL 328 million from January to April, according to the data.

The figures indicate that more than 124 million vehicles went through toll booths during that period. In April, over 33 million vehicles used Turkey's bridges and highways, paying a total of nearly TL 120 million.

Drivers in Turkey pay TL 7 ($1.96) for bridge tolls, with higher fees for vehicles with more than two axles. Last year, 417 million vehicles used the bridges and roads in Turkey, paying a total of TL 1.2 billion. The bridge toll at that time was TL 4.75 per passage.