Airlines urged to step up fight against human trafficking 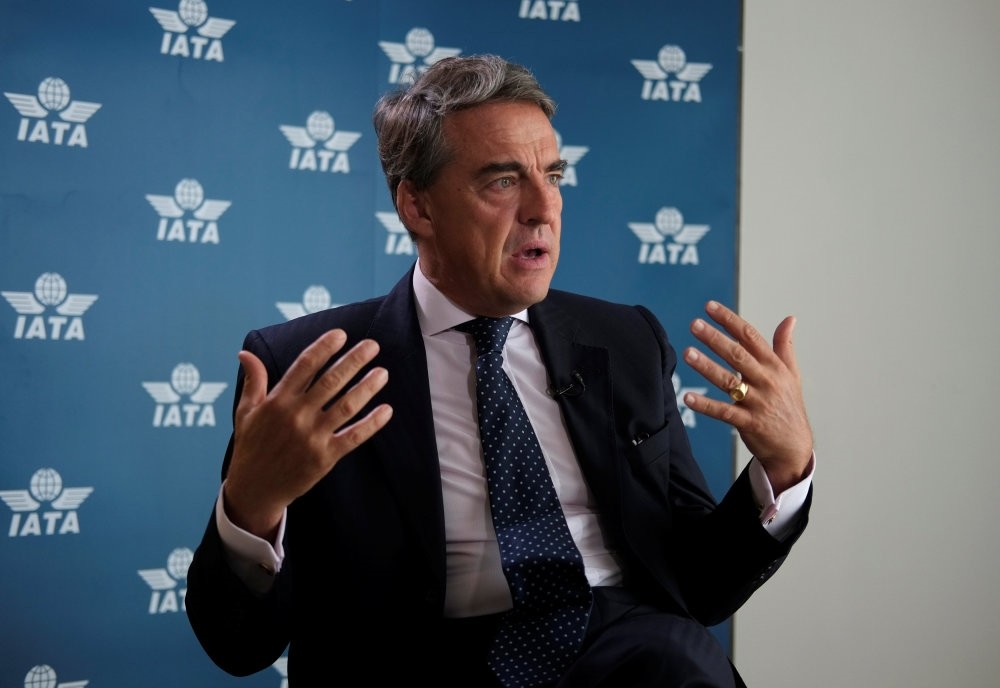 Alexandre de Juniac, director of the International Air Transport Association (IATA), talks to the press ahead of the June 4-6 meeting of the IATA in Cancun.
by Jun 06, 2017 12:00 am

While the United Nations says human smugglers make $150 billion profit a year, its airport agency IATA wants airlines to place cabin crew on the front line of the fight against sexual exploitation and slavery

Airlines are being urged to train more flight attendants to help prevent human trafficking, placing cabin crew on the front line of the fight against sexual exploitation and slavery.

"We want ... airlines to join our campaigns and our initiatives in order to make human trafficking and migrant smuggling visible," Felipe De La Torre of the United Nations Office on Drugs and Crime (UNODC), told Reuters ahead of the June 4-6 meeting of the International Air Transport Association (IATA).

According to the International Labour Organization, almost 21 million people are in forced labour, meaning three out of every 1,000 people on the planet are enslaved at any given time.

In a case that sprang to public attention in February, an Alaska Airlines flight attendant helped rescue a teenage girl from alleged trafficking onboard a domestic U.S. flight in 2011 by leaving her a note in the toilet. Shelia Frederick told NBC TV her suspicions had been aroused by the girl's dishevelled appearance compared to the smart clothes and controlling attitude of her older male companion. The pilot alerted police who arrested the man on arrival. More than 70,000 U.S. airline staff have been trained to identify smugglers and their victims in that way under the Blue Lightning initiative, launched in 2013 with the support of JetBlue, Delta Air Lines and others.Such training has since become mandatory.

But Nancy Rivard, a former flight attendant hailed as a pioneer of such training, said the U.S. federal program is poorly funded and that the majority of foreign airlines are barely starting to focus on the problem.

Airlines are asked to report suspicions to authorities but not step into the shoes of investigators. UNODC has produced a card called #BeAwareOfTheSigns it wants airlines to distribute.

"When you see a person who's afraid or threatened, or suspicious interactions in a couple, or a very old person with a small child and they are not related or emotionally connected, those are possible signs," De La Torre told Reuters.

Although some airlines have mounted campaigns, this week's meeting of around 200 airline bosses marks the first time the issue has been discussed globally in aviation. Further steps could be discussed at IATA's next full meeting in 2018.

"It's a growing concern and our industry is strongly mobilised to fight against human trafficking," said IATA director general Alexandre de Juniac.

Still, some of IATA's 117 nations face criticism over allegations of forced labour and some delegates questioned how willing they would be to draw attention to the issue, while airline chiefs may be reluctant to put their brands at risk.

JetBlue, which took part in an online discussion on the issue on Sunday, urged airlines to put aside such concerns.

"There is no downside. There is only upside in saving and helping people with their lives so we encourage all airlines to get on board," senior vice-president Robert Land told Reuters.