Millions of children labor in India, some in sweltering heat 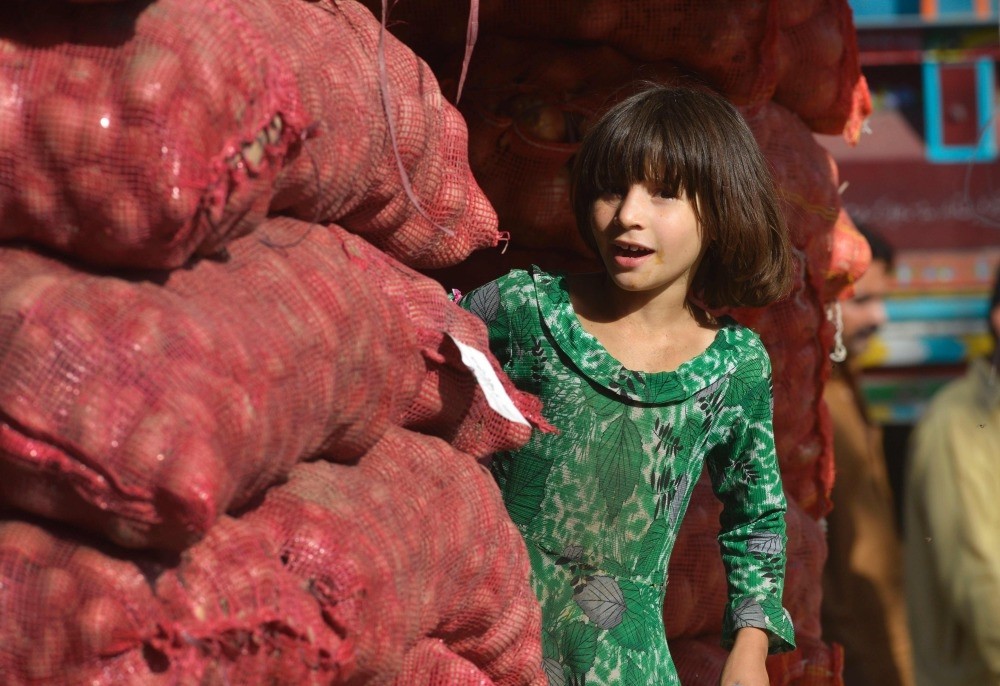 A child works in a market in Lahore Today marks World Day Against Child Labour.
by Associated Press Jun 13, 2017 12:00 am

Every 100 meters (330 feet) or so along a busy expressway on the outskirts of New Delhi, you'll find a child selling corn -quite possibly a child too young to be working legally. Twelve-year-old Prakash is one of them. Lolling amid the discarded husks from earlier sales, he doesn't seem bothered by the 40 degree Celsius heat (100 degrees Fahrenheit) or the buzzing flies. "We all work together and live together," he says, gesturing toward 15 or so other boys working the highway.

Each is dropped off by their employer every morning with a sack full of boiled corn. They spend their days trying to flag down drivers. They don't leave until their sacks are empty, sometimes 12 hours later. Are all as young as Prakash? There's no way to be sure. Each seems to change their age with each answer, often forgetting the number they previously mentioned. Most are careful, however, to use a number above 14 -the legal age in India to work in non-family enterprises.

Young men, whom the boys claim are their elder brothers, patrol the highway on motorcycles, ensuring business runs smoothly. They also tell them not to speak to visiting journalists. Most comply, anxious to keep jobs that pay about $80 per month -far more than they could earn back home. All the boys have moved to Noida, southeast of New Delhi, from rural villages in search of work. Yesterday, the World Day Against Child Labor, the International Labour Organization said 168 million children are laborers, or about one in nine children overall. India, in its 2011 census, estimated the country had 8.3 million child laborers.

Uttar Pradesh state, where Noida is located, alone accounted for 1.8 million of that total. UNICEF says there has been an overall decline in child labor in India, but that urban areas have seen an increase. Meanwhile, Prakash and the other boys are still selling their corn late in the afternoon. Their sacks are not yet empty.