Amazon aiming to be the dressing room in your house 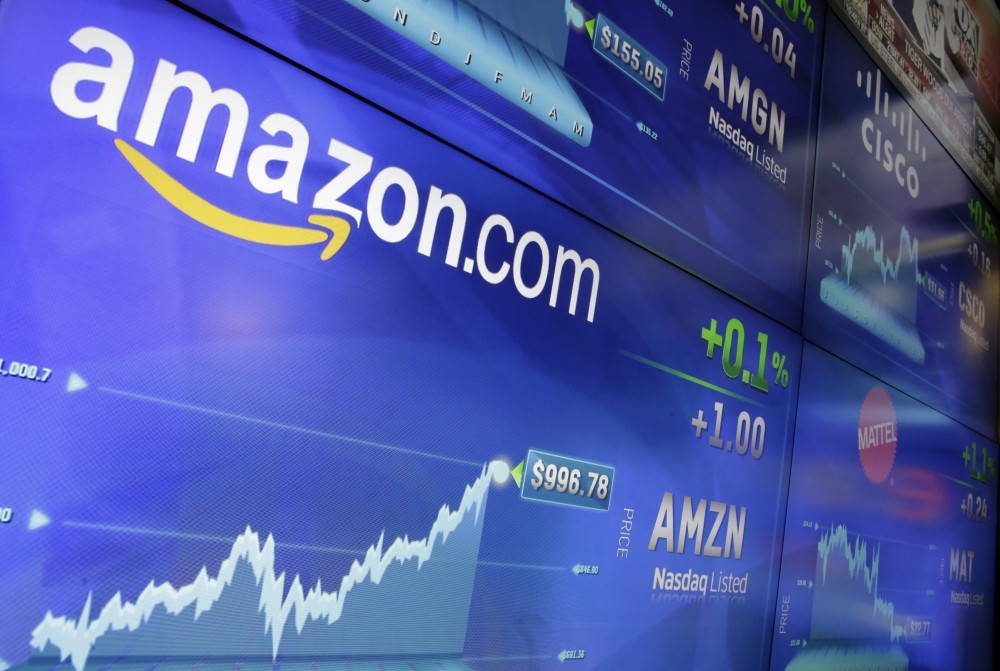 Amazon is hoping to claim more territory once held by department stores, essentially placing a dressing room in your house. The company, which has been making a big push into selling clothes, is testing a new service that lets members of its Prime program try on styles before they put items on their charge card -at no upfront fee. Customers have seven days to decide what they like, and then pay only for what they keep. Shipments arrive in a re-sealable box with a pre-paid label for returns. More than a million pieces of clothing and accessories are eligible, Amazon said Tuesday, including from brands like Calvin Klein, Hugo Boss, Theory and Levi's that are big names at the department stores.

The program differs from what department stores like Macy's and other fashion sellers offer-and even from the usual way of buying clothes on Amazon. Department store return policies for online orders can be generous, but people don't get to try things on before buying. That's been an obstacle, especially for customers concerned about fit, to get shoppers to buy clothes online. The prepaid label is an attempt to lessen the hassle of generating one, the norm with Amazon returns.

It also offers better terms than some newer businesses. Subscription service Stitch Fix, for instance, charges a styling fee of $20 and has a three-day limit for shoppers to return items. Stitch Fix said it's in a different business and its customers "love having their very own personal stylist who does the shopping for them."

Department stores, which have been struggling as customers move online, should have launched a subscription service a long time ago, said internet consultant Sucharita Mulpuru-Kodal.

"This is another attempt for Amazon to win in apparel," she said. "Why haven't the department stores done this? It's one of the reasons why they are in trouble."

And Amazon's vast logistics system that can send packages quickly to shoppers' home will make it easier for the company to offer that kind of service than its rivals could do, Mulpuru-Kodal said. She said, however, it remains to be seen how good the selection will be.

Amazon has made a concerted push into fashion through private labels like Lark & Ro that often sell for less than similar name-brand items. It's poised to surpass Macy's this year as the largest U.S. clothing seller, according to Cowen & Co. analysts. They expect Amazon to increase its share of the U.S. clothing market from 6.6 percent last year to more than 16 percent by 2021.