McDonald’s plans to nearly double number of restaurants in China 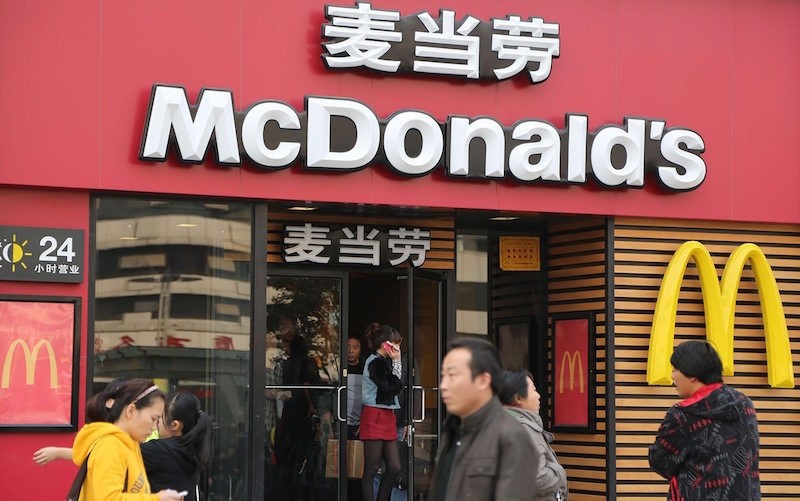 Global fast-food giant McDonald's will almost double its number of outlets in China over the next five years as it refocuses on international markets amid slowing U.S. sales, the chain announced Tuesday.

The Illinois-based burger joint will add 2,000 stores to its current 2,500 in China and aims for double-digit sales growth in each of the next five years, McDonald's said in a statement.

In particular, it will launch a foray into third- and fourth-tier cities, where it expects 45 percent of its China restaurants to be located by that time.

More than 75 percent of its stores will offer delivery.

It made the announcement while also saying it had finalized a strategic partnership with Chinese conglomerate CITIC Ltd and U.S.-based investment firm Carlyle Group.

McDonald's announced earlier this year that it would form a company with CITIC Limited, CITIC Capital Holdings and Carlyle Group to act as a franchisee for the chain's business in mainland China and Hong Kong for 20 years.

CITIC is a vast Chinese state-owned conglomerate with interests ranging from energy and manufacturing to real estate.

The new partnership becomes the largest McDonald's franchisee outside the U.S.

"China will soon become our largest market outside of the United States," McDonald's president and CEO Steve Easterbrook said in the statement.

McDonald's has been overhauling its global structure under Easterbrook to compensate for slower growth in markets such as France and the United States.

Its China business also suffered a blow in 2014 after a food safety scandal involving one of its meat suppliers.