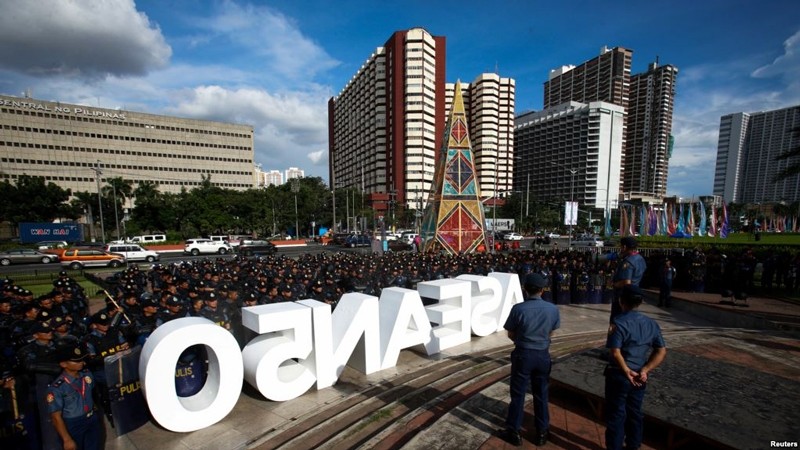 Hong Kong signed a free-trade agreement and an investment deal Sunday with the Association of Southeast Asian Nations in pacts that it said are a vote against protectionism elsewhere.

ASEAN officials said the free-trade agreement they signed with Hong Kong in Manila is the sixth such deal forged by the 10-nation bloc after concluding similar pacts with China, Japan, South Korea, India, Australia and New Zealand.

The Philippines is hosting an annual summit of ASEAN heads of state with Asian and Western leaders that opens Monday.

Hong Kong Commerce Secretary Edward Yau Tang-wah said the new free-trade accord is "a loud and clear vote from all of us here for freer and more open trade" amid protectionist tendencies in other parts of the world.

He said ASEAN is Hong Kong's second-largest merchandise trading partner and fourth-largest partner in services trade "but the best is yet to come," with the agreements expected to fuel new investment opportunities and boost trade flows.

Philippine Trade Secretary Ramon Lopez, this year's chairman of the ASEAN Economic Ministers, said the signing of the two agreements marks the commitment toward shared prosperity and inclusive growth in the region.

"We send a strong message to the world of our outward oriented drive and economic resolve toward cooperation," he said.