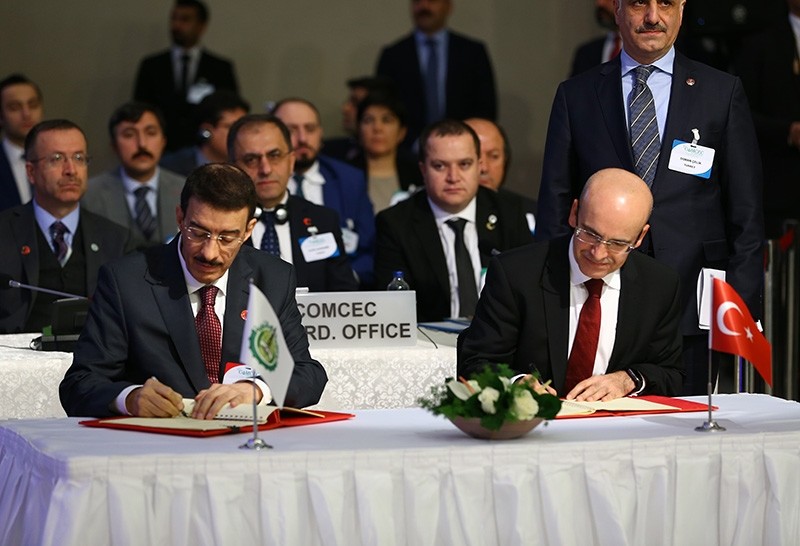 The Islamic Development Bank (IDB) said on Wednesday it had formed a $500-million fund for scientific research.

He was speaking at the 33rd Ministerial Session of the Standing Committee for Economic and Commercial Cooperation (COMCEC) in Istanbul.

Hajjar added that the bank had received 100 million Saudi riyals ($26.6 million) as contribution to the fund.

Stressing on the need to promote green cities, he said: "Let us make more environment friendly cities and infrastructures."

He said the IDP had partnered with COMCEC to address issues such as rapid population growth, climate change and spread of diseases.

"As part of a new initiative, COMCEC Information Center will be inaugurated where the private and public sectors will have opportunities to work together," he said.

He added that to address the issue of youth unemployment a five-year program has been launched to improve cooperation between universities, research centers, non-governmental organizations and government departments.

As the highest ministerial platform for the Organization of the Islamic Cooperation (OIC) and the second largest inter-governmental organization after the U.N. -- the COMCEC aims to improve economic and commercial relations among member countries.

The organization has its headquarters in Ankara and is chaired by President Recep Tayyip Erdoğan.

It was established during the third Islamic Summit held in 1981 and became operational in 1984.