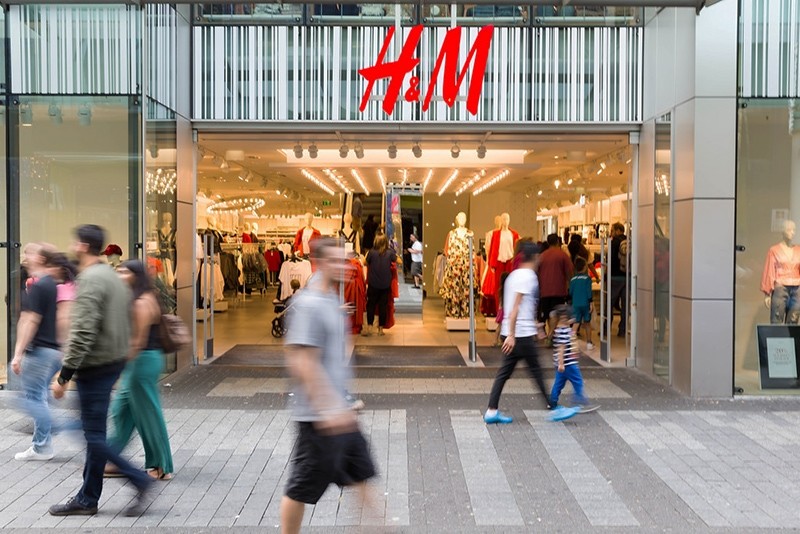 Fashion retailer H&M said on Friday sales had fallen during the last three months as fewer shoppers visited its stores, sending its shares plummeting and underlining its struggle to adapt to a shift of business online.

Shares in the world's second largest fashion retailer fell 13 percent to their lowest level since 2009.

H&M CEO Karl-Johan Persson said in a statement that the company's "online sales and sales of the group's other brands continued to develop well" but that physical stores "were negatively affected by a continued challenging market situation with reduced footfall to stores due to the ongoing shift in the industry".

The Swedish group said sales in the September-November period were far below its own expectations. It plans to speed up efforts to adjust to changes in the market, including closing more H&M stores and opening fewer new ones, and start selling the brand through Chinese online platform Tmall.

"In order to respond even quicker to customers' fast-changing behavior the company's ongoing transformation journey is being accelerated," Persson said.

"This includes continued integration of the physical and digital stores, and intensifying the optimization of the H&M brand's store portfolio -- leading to more store closures and fewer openings," he added.

The group did not specify exactly how many stores would be closed and where.

H&M had announced earlier this year that it would open physical stores around the world to compensate for the downturn due to fierce competition from online sales platforms.

H&M group, which owns other popular brands such as COS, Monki and Weekday, has 4,553 physical stores around the world as of August 31.