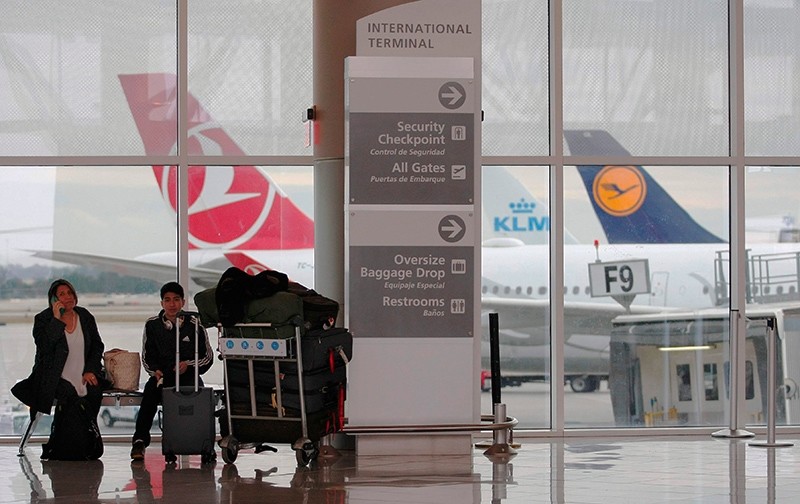 Airline passengers wait in front of a Turkish Airlines plane at the International terminal the day following a power outage caused by a fire at Hartsfield-Jackson Atlanta International Airport in Atlanta, Ga., U.S., Dec. 18, 2017. (AFP Photo)
by Daily Sabah Jan 01, 2018 12:00 am

The year 2017 was the best year in history for civil aviation safety, according to a report published Monday.

The Netherlands-based aviation consultancy To70 recorded 111 accidents, only two of which included fatalities.

In 2016, there were 71 civil aviation accidents of which six resulted in fatalities, killing 271 people.

To70's annual Civil Aviation Safety Review takes into account only larger passenger aircraft commonly used by most travelers, or aircraft with a maximum take-off mass of 5700 kg (12566 lbs) or above.

According to To70's report, only 13 people died in airline accidents in 2017.

In 2017, the chance of a plane being involved in a fatal accident was one in 16 million.

However, To70 added that the exceptionally-low fatality rate in 2017 is unlikely to be maintained, as the seriousness of some of the nonfatal accidents shows.