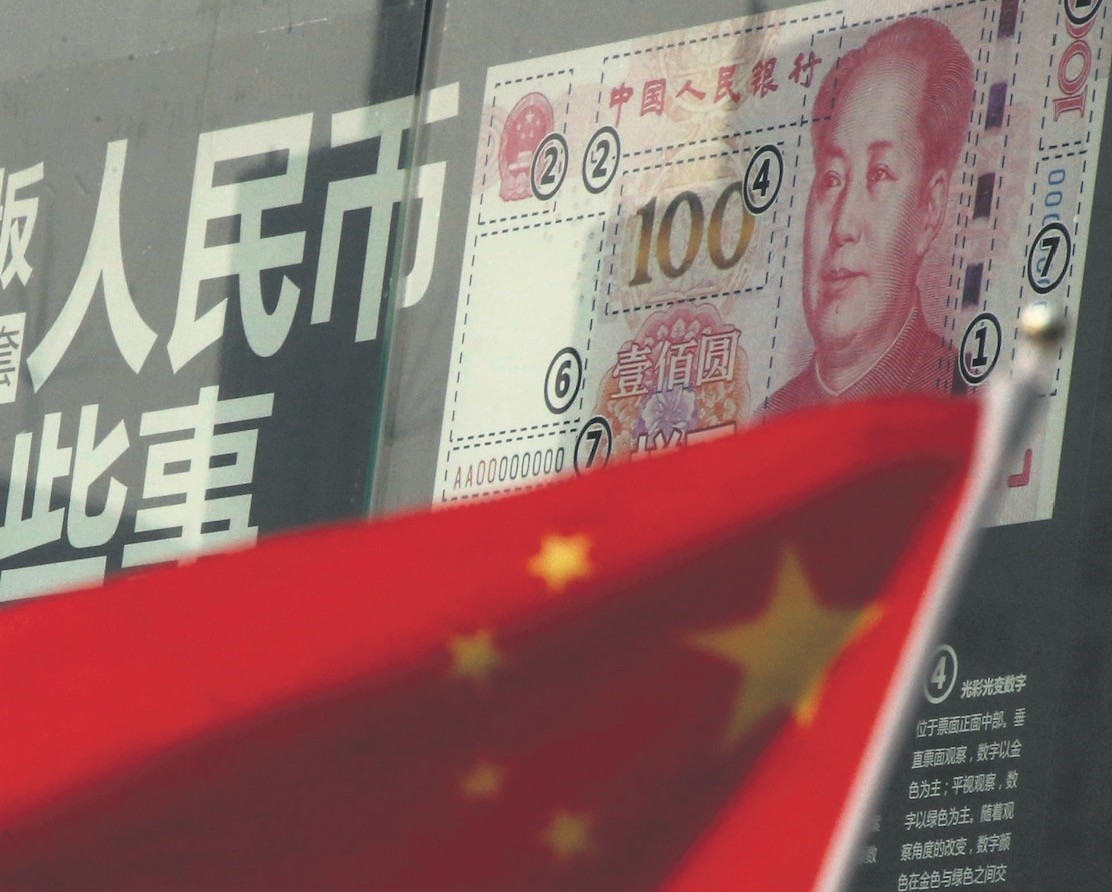 China's foreign exchange regulator will cap overseas withdrawals using domestic Chinese bank cards at 100,000 yuan ($15,370) per year in an effort to target money laundering, terrorist financing and tax evasion, it said. Individuals who exceed the annual quota will be suspended from overseas transactions for the remainder of the year and an additional year, the State Administration of Foreign Exchange (SAFE) said in a notice posted on its website.

Under the new rules SAFE will submit a daily list of individuals banned from making overseas bank card withdrawals, and banks must suspend the users by no later than 5 p.m. the same day, the notice said. Domestic card users will also be barred from withdrawing more than 10,000 yuan a day overseas, it said. The new rules come into effect on Jan. 1, and reporting adjustments must be adopted by banks by April 1, 2018, it said. China has strengthened regulatory oversight of overseas card transactions in the past year, targeting illegal cross-border transfers and money laundering, according to Reuters. In September SAFE brought in regulations requiring Chinese banks to report daily their bank card holders' overseas withdrawals as well as every transaction exceeding 1,000 yuan. China's foreign exchange reserves rose for the 10th straight month in November due to tighter regulation and a stronger yuan, which continue to discourage capital outflows.

Meanwhile, manufacturing in China grew at a slightly slower pace in December than the previous month, a Chinese government survey showed yesterday, following government controls on bank lending, according to AP. The National Bureau of Statistics reported that the country's manufacturing purchasing managers' index fell to 51.6 from 51.8 in November. The index is based on a 100-point index on which the 50 mark divides expansion from contraction. The survey found production and new orders were only slightly lower than in November but at 54 and 53.4 showed steady growth. Zhao Qinghe, a senior statistician with the National Bureau of Statistics, said the data showed a continued improvement in the economic environment at home and abroad.

The PMI is a widely watched indicator of essential parts of China's economy, which expanded at a still-robust 6.8 percent annual pace in the third quarter. The latest economic growth rate is a tick lower than the 6.9 percent growth in the previous three-month period. Chinese economic growth has been unexpectedly strong this year, but economists forecast activity will weaken as Beijing tightens up on bank lending to clamp down on rising debt that analyst say is the biggest threat to the country's economic stability. Since then, regulators have tightened controls over asset management companies and reined in the growth of a micro-lending industry. That triggered a fall in Chinese stocks. Analysts also expect that manufacturing growth will also be affected in the coming months by restrictions on factory production in some areas and especially in heavy industries to reduce pollution.