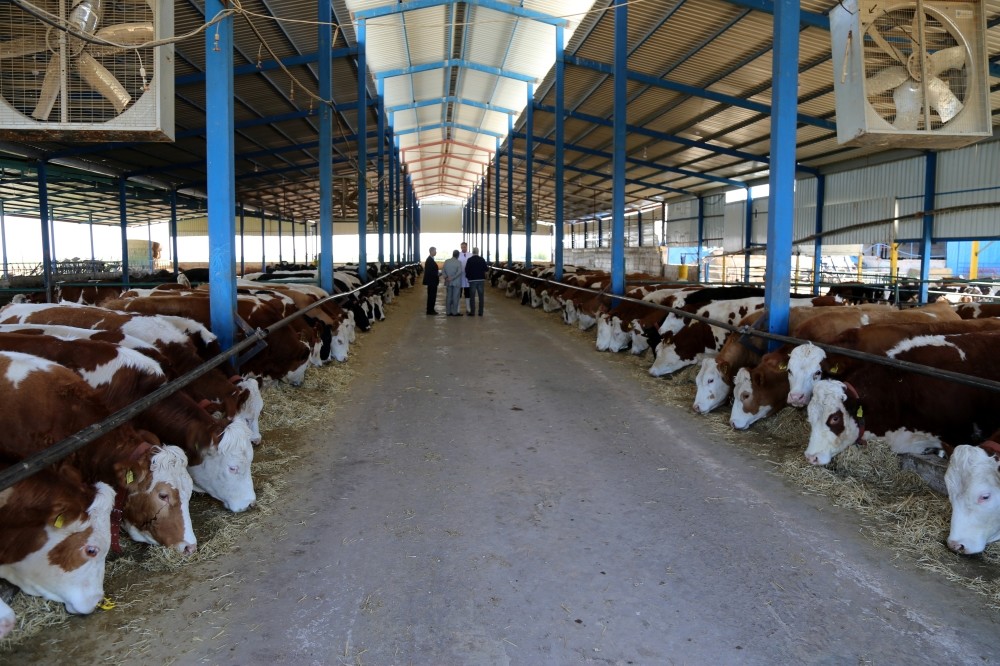 More than 200 businesspeople from Gulf countries visited Konya to examine its agriculture and livestock industry.
by Daily Sabah with AA Apr 07, 2018 12:00 am

More than 200 businesspeople from the Gulf are planning to invest millions of dollars in Turkey's dairy and meat industry. The investors came to central Turkey's Konya through the Prime Ministry's Investment Support and Promotion Agency of Turkey (ISPAT) and studied the city's agriculture and livestock industry. They also held bilateral talks with the stakeholders of the sector and signed agreements to evaluate the attractive investment opportunities there.

Muhammad al Nahdi from Jeddah, Saudi Arabia, said he runs an agriculture and livestock company back in Jeddah and picked Turkey for his first overseas investments. He said that the facilities here influenced his investment decision in the livestock sector. He added that the climate, the opportunities and incentives provided by the Turkish government were also attractive. He said he will establish a meat production and processing facility in Hatay.

"I will invest approximately $10 million in cattle farming in Turkey. I have built an institution here. Depending on some factors like the market and sales, my investment may increase. I plan to produce meat and milk," al Nahdi said.

"Turkey occasionally comes to the fore with meat imports. I hope that the investments my friends and I will make here will contribute to the country's meat production. I think our investments will make meat cheaper in Turkey."

Also from Saudi Arabia, Salih Muhammed el Zaman said he will invest in agricultural production as well as livestock in Turkey, and pointing out sheep and goat farming in particular.

"I may take part in a major project depending on the situation. It is my own business and I have experience. I will start with 1,000 sheep. I would also like to invest in animal feed production in a second city. There is good environment for investment," El Zaman said. "I do not have a specific figure in mind, but I want to expand my investments as much as I can. I want to take my products from here to my own country. I chose Turkey because it offers special deals and beautiful projects."

ISPAT's Gulf States Representative Mustafa Göksu said that Turkey has a special place in the heart of the Middle East and the Islamic community.

Noting that investors from the Gulf decided to invest in Turkey because of their affection and interest in the country, Göksu said they have brought foreign investors and Konya's agriculture and livestock entrepreneurs together.

Göksu said the investors were also looking to save Turkey from importing meat. "We want to make Turkey a meat exporter," Göksu said adding that these foreign investors want to appeal to Turkey's domestic market and import meat from Turkey.

He said that for Turkey, this is a golden opportunity to reduce meat imports, close the current account deficit and make Turkey a production base for exports to countries with potential customers.

"They trust the stability. Producers with hundreds of thousands of cattle in Sudan say they want to come to Turkey," Göksu said. "Investors from the Gulf do not care about money. They do not work alone, they do business with partners; 50,000 and 100,000 are not big figures for cattle. The investors are ready and Turkey has a bright future ahead."